HomeCountry MusicTenille Townes: When Life Gives You Lemons, Head to The Lemonade Stand

Tenille Townes: When Life Gives You Lemons, Head to The Lemonade Stand 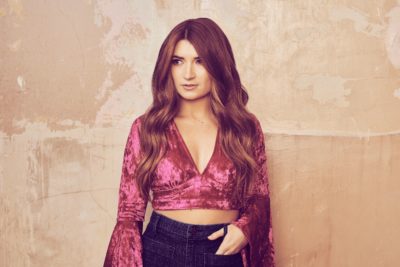 If you’re looking for a little sunshine in your life right now, Tenille Townes is the artist you need to be listening to. Throughout the last couple of months, she has gone above and beyond to cheer up fans in creative ways like mailing guitar picks to fans and collaborating with fellow country artists Alex Hall, Adam Hambrick, Kassi Ashton, Keelan Donovan, Caylee Hammack and Abby Anderson on a cover of Bill Withers’ Lean on Me. For Townes, music has always been about heart. This is clear in both her original music and the way she talks about her influences. “I grew up listening to music as a little kid in the backseat. With my mom we listen to a lot of Shania Twain, with my dad a little more U2 and Fleetwood Mac and with my grandparents, classic voices like Dolly Parton and Elvis. I feel most inspired listening to music that goes to the heart of the matter in a vulnerable way, like Patty Griffin, Lori McKenna and Miranda Lambert.”

She shared a story with us about when she was pulled on stage at a Shania Twain concert when she was young. “It was a crazy wild dream come true getting pulled on stage at her concert when I was nine years old. I was the biggest Shania Twain fan and I was wearing a costume my mom glue-gunned to look like her Miami concert dvd I’d watched a million times and I had a sign that asked if I could sing with her. She brought me on stage and I sang with her and stood next to my hero looking out into a crowd of 18,000 knowing it was exactly what I wanted to do for the rest of my life. I sure hope I get to pay that feeling forward to somebody someday because I still feel the fire she lit in my heart that night. I did get to meet her at an industry event a little while ago, and had such a hard time getting any words out (ha!). But I showed her the picture and stumbled through a thank you and it was such a cool full circle moment I’ll forever be grateful for.”

One of the other artists Tenille listed as an influence, Miranda Lambert, was a tour mate of hers in 2018. She told us a little bit about what it’s been like touring with artists like Miranda and Dierks Bentley on amphitheater tours, “I’m learning so much watching the headliners I’ve been on the road with, seeing how they shrink an area or an amphitheater and make everybody feel connected to the music. From being conversational in the stories between songs, leaning into crowd participation in songs, and speaking directly to different corners of the room, it’s been really cool to watch.” These are lessons that are on her mind as she prepares for her first US headlining tour. “As an opener in those places, I always feel like I’m going out in each show to find a few new friends out there and introduce them to my music. For these headlining acoustic shows coming up, it’s very different for me because it’s a room of people I’ve maybe met before or that might know a little more music and making it feel like a gathering of friends is what I’m looking to do. I’m truly so excited! It means so much at the beginning of this road to see people finding tickets and coming. I know these shows are going to be ones I won’t forget!”

So far, Tenille has been documenting her music in a fun way with artwork done by Lewis Lavoie in Edmonton, Alberta on what she calls a Time Capsule Guitar. “The goal is to make different time capsule guitars as we go and unfold more music! Then each project will have it’s own representation!” She recently announced her debut album, “The Lemonade Stand” to be released on June 26th, but some of music featured is already available on her latest EP. “I can’t wait for people to hear these songs and hopefully find a piece of themselves in this music. I want this music to help people feel like they can be who they are, that they are not alone in their stories, and be reminded of their dreams. I hope the songs become a gathering places for people top come and be filled up.” Tenille’s solo acoustic tour has been rescheduled for the fall.