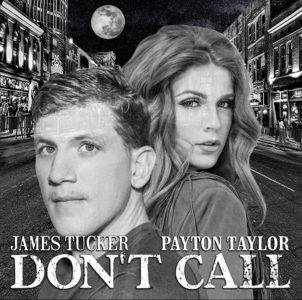 Nearly a year after releasing his last single, James Tucker drops a heartfelt duet with powerhouse vocalist and American Idol alum Payton Taylor. According to the North Carolina native, the single Don’t Call is all about heartbreak and moving on, with the resolve of triumph for both people in the end. Often times a relationship ends formally but the back and forth of trying to make it work persists: late night phone calls, early morning texts, and hoping a toxic relationship will get better without getting to root of the problem until one person makes the decision to call it quits.

“Don’t Call really was an idea I had a few years back when I found myself in and out of a relationship with a girl. We both knew it wasn’t going anywhere but neither of us would take the step to end it. I remember thinking “don’t call me anymore” over and over and was something I finally got the nerve to say out loud. So like any reckless romantic songwriter, I put that idea to paper.” 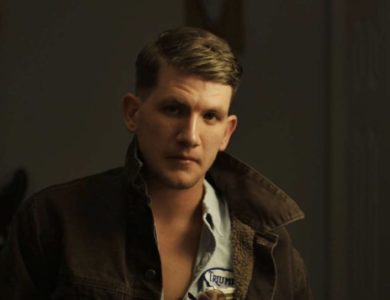 While the inspiration came from a personal experience in his life, he collaborated with some familiar names to bring the song to life. Aaron Conner, Andy Upton and Big Loud recording artist Ashland Craft helped James pen the track. Conner and Upton have other writing credits, however, they are perhaps more well known for their creative work in photography and film direction.

The group quickly decided on the concept of writing for a duet in order to have both the male and female perspective, ideally with James and Ashland recording the track. Circumstances changed. When Ashland announced she would be heading out with Morgan Wallen on the Whiskey Glasses Roadshow, the decision was made to pursue Payton, a mutual friend of Conner and Upton. James worried his own North Carolina country slang might be hard for someone to match in the vocal booth, but after hearing her cut through the track, he knew they made the right call. James, Payton and his touring band members (Adam, Jake, Jed and Jeremy) recorded in Nashville at The Amber Sound Studio with producer Ryan Youmans. 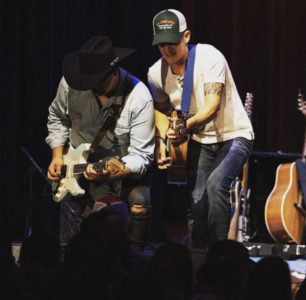 We are excited about the single and can’t wait to hear what else James has been working on. You can keep up with new music announcements and tour schedules by following him on Facebook and Instagram.