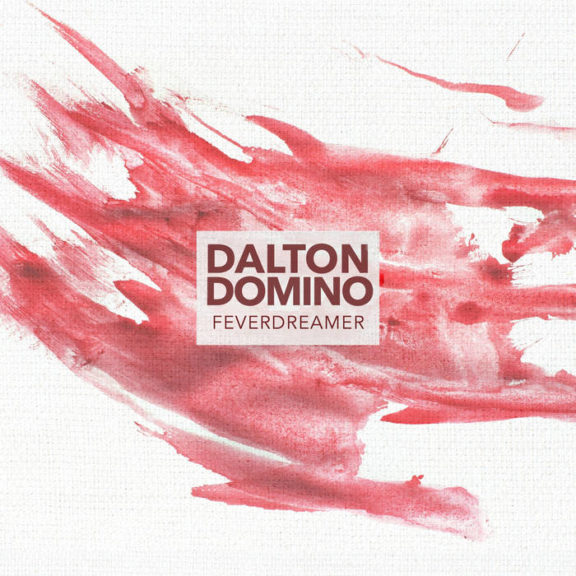 From favoring playing in fans’ living rooms across the country over having concerts at venues, to playing shows at 7:30 a.m. for people who work night shift and can’t usually go, Texas singer/songwriter Dalton Domino is no stranger to bucking the norm of what you’re “supposed” to do in the music industry. That sentiment carries through to the music he makes as well; most of his songs aren’t the kind that can be expected to generate an onslaught of commercial success or top radio charts, in spite of their caliber. Even lumped in with the “Texas country” subgenre because of his geographic location, his sound stands apart from the sonic profiles of many other artists in that scene. Rather, Domino’s music is something you just need to sit with for a while, letting his lyrics make you feel and make you think.

His newest album, Feverdreamer, is no different from his other albums in that respect, even though Domino recorded it at home largely by himself (with some help from his neighbor Brittany Koppman on harmony vocals and mastering by Ben Hussey). The album’s simple construction gives it an intimacy that would be hard to replicate if it were performed with a full band, and Domino’s steady acoustic accompaniment is an ideal complement to the emotional heft of the album’s lyrics. Some of the songs stand as ghosts, floating through space as memories of past relationships ended by death or heartbreak, faded dreams, and conversations that were never had. The overall sound, though, is hardly heavy or depressing; Dalton’s bright, slightly raspy voice has a hopeful overtone, lending a sort of buoyancy to the darker themes.

Feverdreamer’s songwriting is notably good at exposing the kinds of emotion that often simmer below surface level, hidden away due to the difficulty presented by trying to put those feelings into words. Sometimes it does this through the use of striking images like that in “Level Me”, written by Domino and Juliet McConkey:

“my walls are haunted, the floorboards creak and moan

the ghosts keep me distracted, make what’s left of my head feel like a home

the cobwebs hang around on the things I wanna hide

like old souvenirs and skeletons from a better time”.

Other times, the songs rely on thought-provoking questions or observations to draw listeners in. Penned by Domino and Jeff Plankenhorn, “Better Days” wrestles with wasted time and a lost sense of self as Domino’s narrator asks: “now you’re a ship lost at sea, and another day farther from 23/where’s that child your grandmother raised?” Walking through the kind of intrusive memories that often crop up in the aftermath of gut-wrenching heartbreak, Domino and co-writer Lainey Wilson effectively wallop listeners with emotion in “Either Way” (“the first night that we met, we made love on your living room floor/now the bed we used to call our home don’t know us anymore”). Other standout tracks include the bittersweet “Wild Horses” and the unexpectedly upbeat “We’re All Gonna Die”.

While it was released during this quarantine and created with limited resources, it would be remiss to attempt to define Feverdreamer by those standards. Every song is as solid as the next, and it offers a variety of themes and perspectives that enable it to more than hold its own among the rest of Domino’s studio albums. Bottom line, this album is really damn good, and once you give it an initial listen you’ll probably find yourself gravitating back to it again and again.