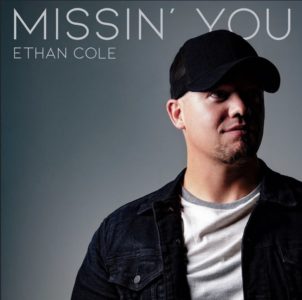 Raised on a healthy diet of Merle Haggard, George Strait, and Waylon Jennings, Missouri native Ethan Cole has always had a thing for relatable country music that hits deep in one’s soul. He’s now creating that lyrically dense music of his own with latest single “Missin’ You.”

This new track comes after the April 2019 release of ‘Only Way I Know,’ Cole’s debut record. While his country influences certainly shined in this record, he also displayed the other side of his upbringing of rock and roll in songs like “Lights Out,” which features heavy doses of electric guitar and drums. This came to no surprise to Cole’s fans, who had been following him and his rock band around for the past decade as they played shows all across the country.

While he has switched gears and went back to his country roots, he has remained very close to those who’ve been by him this entire time. Both Dylan Maloney and Dillon Gasca played with Cole during his rock days and they’re now helping Cole create songs such as this new single. Both Maloney and Gasca played a huge role in the creative process, with Gasca playing on drums and Maloney writing, producing, mixing and mastering, and playing acoustically on the song.

His new single “Missin’ You” is available on streaming sites everywhere today!