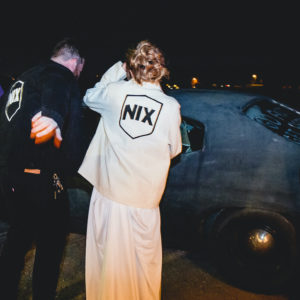 Nashville singer/songwriter, Jason Nix grew up with music in his blood. Surrounded by a family of talented musicians, it was no surprise he would share the same passion. He also developed a love for restoring classic cars early on in life, something that still drives him today (yes, I see what I did there). While these two things were and continue to be cornerstones in his life, perhaps he found a little something that was missing when he met his wife, who happens to be the inspiration for his latest single, “Let’s Get Married.”

The song is more than just a song; it’s a proposal. According to Jason, the song truly speaks for itself and after listening to it, I couldn’t agree more.

“I knew I could never make it through an actual proposal, so I just wrote one. The recording you hear is exactly what she heard. I spent a month or two recording it after she’d go to sleep in my little studio (which is just a bedroom painted by the previous tenant in a really weird color purple). I recorded everything in that little room except for cello. I sent that track off to a cello playing friend of mine and she sent her part back. I dumped them into the session and sent the session off to be mixed after I sat with it for a month or so to make sure it was good enough for government work. It isn’t fancy at all, but this is exactly how she heard it for the first time. I didn’t make any changes to it before I put it out.”

It’s a simple song, minimal production and a message that doesn’t need explaining. Often times those are the songs that make you feel the most. This was one of those times. The decision to release this song when he did was deliberate. While so many are struggling with the realization that they may not be able to have the wedding or celebration they planned, the intent rings loud and clear over and over in his lyrics. No matter what you’re wearing or how the ceremony takes place, you have each other. You will share a moment in time that no one can take away from you and Jason and his co-writers Jonathan Singleton and Reid Isbell capture that sentiment.

“I know this won’t give anyone back the months they spent planning or the money the spent, but I hope it gives them something to hang on to until they get to tie the knot, like it did for me.” 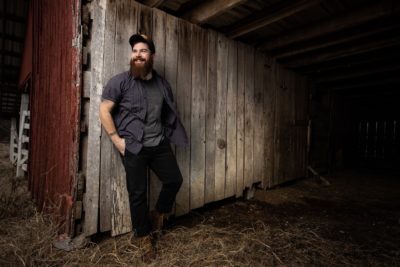 If you want to learn more about Jason and his career, check out the podcast below that I did with him and Nicky T last November when he was touring with Luke Combs. Be sure to follow Jason on Facebook and Instagram for upcoming music announcements.