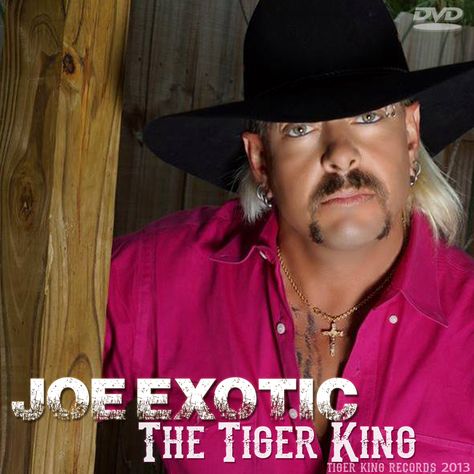 Not Your Average Joe 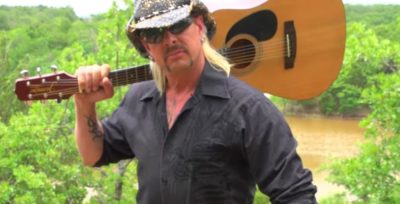 In Nashville, many new artists spend a decade or longer trying to break into the country music scene. Based out of Wynnewood Oklahoma, Joe Maldonado-Passage has been steadily building a following on his YouTube page for the past seven years. It seems that his hard work is finally starting to pay off. In the last week, Maldonado-Passage’s single “I Saw A Tiger” has been covered by many of his contemporary country artists including Midland, Jake Owen, Jonathan Singleton, and American Aquarium. That isn’t to say the road has always been easy for Joe, but in hard times, he says he’s leaned on his faith. “God is in control so he’ll either pull me through this or he won’t.” When asked to sum himself up, Joe says “I’m outspoken, I’m good looking, I love to party and have fun”.

Maldonado-Passage’s style is reminiscent of 90’s country, with bright colors, bold prints, and bleach blonde hair. Joe laughs, “Your whole audience will say ‘Oh My God, that guy has a mullet!’” But he promises that he has no intention to change his personal style. “First thing is, I am not cutting my hair. I am not changing the way I dress. I refuse to wear a suit.” Above all else, it’s important to Maldonado-Passage the stay true to himself. “This is my way of living and body’s gonna tell me any other way.” In his music, Maldonado-Passage is vocal about sharing messages that are important to him because, as he says “you know, people only care about saving what effects them.”

In a popular diss track that he released, Maldonado-Passage goes as far as to allege that a personal rival of his is involved in covering up a crime. A friend of Joe’s, Doc Ackles says “He’s got extreme shit. If you haven’t seen “Here Kitty Kitty” you don’t know what you’re missing”. When asked about the woman behind the song, Maldonado-Passage laughs, “She was my number one… crazy bitch out there that I could make music videos and shit about.” Even though he tends to tackle controversial topics, he promises he has no intention to stop. “Nobody is going to walk in here and freely shut me down and take my rights from me as long as I’m not breaking the law.”

You would be hard pressed to find anything that Maldonado-Passage puts more of his time and energy into than his music. He says “I use my music as an escape from reality.” Joe can often be found playing back his demos in his car. “This is what I do right here, I drive around and listen to myself singing.” When talking about the music that he already has out, Maldonado-Passage excitedly shares, “I have my first two albums that I did… my first album, “I Saw A Tiger” and… my second album, “Starstruck” and there’s 28 songs and 16 music videos”.

His friends talk about the important lessons that Joe has learned while building his brand. John Reinke says, “The more Joe got aware of social media and how it worked, the more he realized he needed to work the name”. Don Ackles poses the rhetorical question, “Do you know the power you have if you search Google around the world and you’re the first choice every time?”

Maldonado-Passage believes “The way I do it tends to work for me”. He stresses the importance of having good character and believes that that can make all the difference when it comes to how his fans feel about him. “As long as you’re really good at heart, they don’t care who you are or what you’ve done in your past.” As a final message, Joe reminds fans “be sure to get online and help us rebuild the voice of you the people.”

Joe’s music is available on his Youtube channel. He also performs at a variety of live events, including, but not limited to funerals. 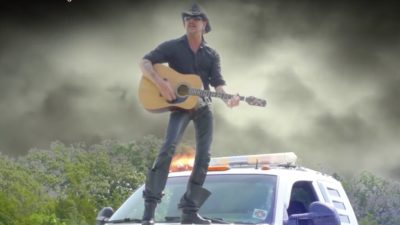 Hopefully this article gave you a much needed laugh in the spirit of April Fools Day! For the record, we did not actually interview Joe Exotic. These are just out of context quotes from his recent Netflix documentary which, statistically, you have already watched.

If you need a little inspiration and a break from binge-watching the Tiger King, check out @jonathansingletonmusic performing the big hit “I Saw A Tiger”. Who’s better? Joe or Jonathan? I can’t tell them apart. #TheTigerKing #ISawATiger #MakeTigersGreatAgain #IsJonathanAnArtistAgain? #newartistcareer