HomeCountry MusicWalker Montgomery’s Doing Things Like His Daddy Done It

Walker Montgomery’s Doing Things Like His Daddy Done It 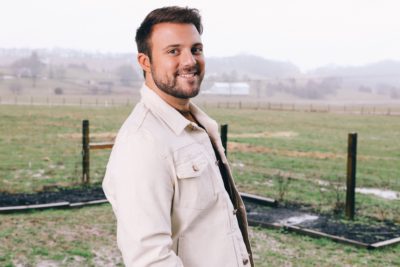 Being not only the son of John Michael Montgomery, but also the nephew of Eddie Montgomery of Montgomery Gentry, Walker Montgomery comes from a family of country music heavy hitters. With that comes a lot of great memories of growing up in the country music community, including the night that Montgomery Gentry was inducted into the Grand Ole Opry in 2008. “That was the first time that I went to the Opry and watched one of my family members play… that was a special night and such a cool thing to experience”. He was in sixth grade at the time and remembers going to the front to take a picture with his iPod in a time before every concert was lit up with iPhones.

While it may seem like he’s been preparing for a career as a country musician his whole life, he tells us another story. “When I was growing up, they surrounded me with so many great things like football, basketball, and acting. They never pushed me towards a music career path. They let me find my own way.” Although he did spend some time on the road when he was younger with his family, he tells us it was not as much we might think. Walker spent most of his young life in Kentucky. “I grew up in a town called Nicholasville, Kentucky on a farm and I wouldn’t trade it for the world. It was a great place to grow up… I’m glad I grew up hunting and fishing after school on the farm”. It was when he was a sophomore in high school that he started pursuing music, playing at honky tonk bars and restaurants around the Lexington area.

Walker has a wide variety of influences. Outside of the country music genre where he says he loves Johnny Cash, Luke Bryan and everyone in between, he’s passionate about big band and swing music and lists Benny Goodman and Helen Forrest among his favorites. For Walker, music comes down to the message behind it and he feels that music from an earlier generation can reach us in the same way that current music can. “There are so many old songs that are so good that are saying the same things that are said nowadays”. As far as country artists go though, Walker specifically addresses Randy Travis as a favorite and talks about his experience getting opportunities to open for acts like Tracy Lawrence, Neal McCoy and upcoming tour with Travis Tritt. “Being able to open up for all these 90’s guys is a total honor. There’s no other way to put it.”

He’s living in Nashville now, but a big part of his heart is still in his hometown. He recently honored by the Kentucky House of Representatives and Senates with a citation. He laughs that he was initially a little worried when he heard about it, but “it turned out it was a good citation.” He was honored as a leader in the music community in the central Kentucky area and was also being acknowledged for the work he has done with Kentucky Children’s Hospital. This began when he played an event called Acoustic Jam his senior year of high school that was put on by Kentucky Healthcare. Since then, Walker has continued to stay passionately involved with the hospital in whatever way he can including visiting patients and playing music for them as often as he can. “I can tell you that those kids are the strongest people I have ever met”.

The rest of his heart is right there in the music. Like us, he’s passionate about lyrics and the underlying message a song has to share. “To me country music isn’t what it sounds like, it’s what it says. Music is about real life, every day things that people do.” He’s already released  a few singles including his latest, “Like My Daddy Done It”, which is currently averaging at 100,000 stream a week. He’s excited about the new music to come including two songs that he’s already recorded and is hoping to put out in the next couple of months. “Now that summer’s coming, we’re gonna have a party song.” We’re already eager to hear it and if it’s anything like what we’ve already heard, it’s gonna be a good one!