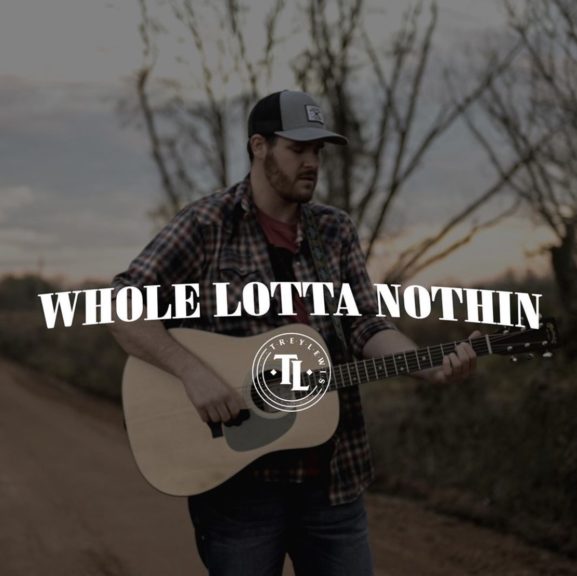 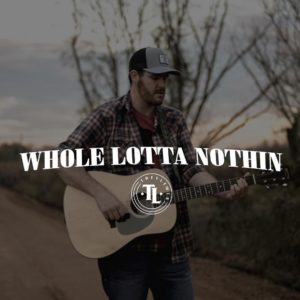 When Trey Lewis moved to Nashville, the country bar band lead singer made a vow to himself to make an impact On country music. The first single since that move was released Friday, March 6, entitled “Whole Lotta Nothin.”

Lewis and band mate Terry Adams penned a heartfelt tribute to hometowns, past lives and regrets with each line, though the end result is hope for a better future.

“This is the most proud I’ve ever been of a song,” Lewis said. “It’s gut-level honesty for me and my band, and it’s definitely the most impactful of anything I’ve ever sang.”

Making no bones about his addiction and recovery from alcohol, Lewis uses the bridge to touch on the subject.

“Line about survival and a lifetime of dope / From that one time in college where you tried a line of blow / There’s a hometown boy playing a sold out show / Here’s another song I wrote in another shit hole.”

“That kind of line in a song can only come from a place of darkness inside yourself. I’ve been that guy playing in front of a sold out crowd in my hometown, but not feeling the appreciation elsewhere,” Lewis said. “That moment can go one of two ways — you either take it in and enjoy it or you can listen to the doubt in your mind telling you that’s as far as you’ll ever go. That’s the choice you have to make.”

Growing up in a small town like Lewis and Adams can sometimes be a prison. There’s nothing to do and nowhere to go other than taking a job in a place you hate, working for people you hate. Both the first and second verses of the song speak to that mentality.

“I know when I was growing up I thought that’s just how it was. You party in high school and maybe if you went to community college somewhere, and when you’re done you go to work driving a truck or something,” Lewis said. “Getting out of that mindset is hard to accomplish, but I think this song has hope.”

“There’s a whole lotta nothin’ goin’ on around here. / You can listen to the devil talkin’ in your ear. / You can drown in a bottle and pass through the years, / Or you can pack it on up and face your fears.”

Lewis chose the final line as his future, leaving behind that past and those regrets to find a place in Nashville.

“If I can pack up my life and make the decision to come to Nashville and make a serious run at my dreams, anyone can do it,” he said.

Birmingham, Alabama, native Trey Lewis has overcome extraordinary circumstances in his life and he is out to share that message with the world.

From an early age, he struggled with substance abuse. In finding sobriety, Trey Lewis discovered a passion for music and helping others. Over the last 11 years Trey has shared his music with many people playing music venues across southeast. Trey also shares his music and story with others recovering from addiction, by visiting recovery centers, halfway houses and special events.

He continues to work hard and write new music as he performs at some of the top venues throughout the Southeast. He has shared the stage with national touring acts such as Jon Pardi Chris Janson, Craig Morgan, Frankie Ballard, Canaan Smith, Jon Pardi, Kristian Bush and Chase Bryant!