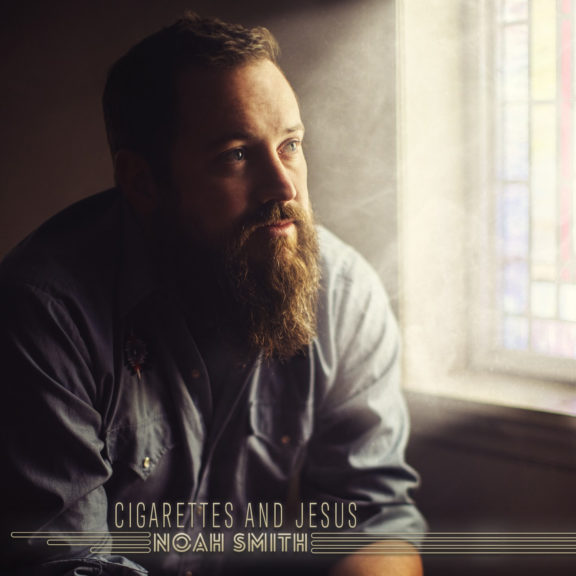 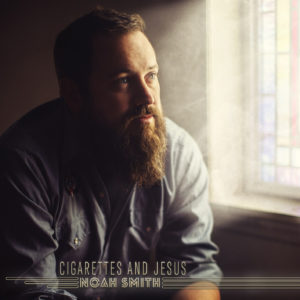 Country music has always had an internal battle between Jesus and vices like alcohol and smoking. Noah Smith’s latest single “Cigarettes and Jesus” takes on the topic head-on Friday, March 6, with its release.

“This song is about that battle of two things pulling you in different directions,” Smith said. “I can’t tell you how many times I have woken up in the back of a van in a parking lot and then led worship on Sunday morning.”

Smith notes that playing country music isn’t anything to be ashamed about, but living life on the road can be demanding and tempting. Burning both ends of the candle on Saturday night and Sunday morning is the life he’s chosen.

“It’s hard to make it to the church pew from a bar stool,” he said. “But you can’t know the darkness of one side without knowing the light of the other.

“Every time I play it and someone tells me what the song means to them, I start to realize how that also applies to me. It’s a special song.”

Co-written by Smith and Ashley Taylor, “Cigarettes and Jesus” was produced by Grady Saxman. Following up his LP Long Cut, Smith said he is excited about the next batch of releases he will put out.

“I feel like my writing has gotten better over time. I chose this song as the follow up to ‘Long Cut’ because the record was all about the road and life out there as a traveling musician, but this is a song that shows a different side of that,” he said.

ABOUT NOAH SMITH
In recent years, Noah has seen solid growth and notoriety throughout the United States. Noah has now had the opportunity to share the stage with some of the industry’s Leading Artist such as Ashley McBryde, Aaron Lewis, Joe Diffie, Josh Turner, Kentucky Headhunters, Steve Miller Band, David Alan Coe, Aaron Tippin, Reckless Kelly, Drake White, Levi Lowery and Thompson Square. Noah Continues to grow and flourish as an artist. Lyrically, Noah creates a simple home for his listeners to briefly escape to. Musically, his energy and presence on stage impacts rooms large and small.   Touring nationally as well as Canada over the years, Noah has found himself a home away from home in music city. Lately, Noah finds himself writing regularly with major label and Grammy nominated writers out of Nashville, TN. His music is a capsule of childhood faith, ambition, a little bit of love, God’s good word and the uphill climb to living an American boys dream.  You can currently find all of Noah’s work on any streaming platform.