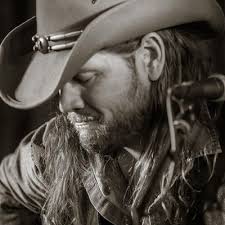 In anticipation of his upcoming album Tough as Nails, Illinois native Craig Gerdes is set to release his next single, a cover of Roger Alan Wade’s “If Guitars Were Guns” on March 10. Originally hailing from a tiny farm town with a population of about 300 people, Gerdes has moved on to blaze his own trails across America’s highways over the last few years with performances at the same shows as Tyler Childers, Paul Cauthen, Cody Jinks, and Aaron Lewis, among others.

As you might expect after seeing those names, Gerdes’ style undeniably falls within the modern subgenre of “outlaw country”. What comes as a pleasant surprise, however, is just how vintage his music actually sounds. In “If Guitars Were Guns”, Gerdes gives us a no-doubt, stone-cold honky tonk tune, fleshing out the sonic profile of Roger Alan Wade’s original.  Gerdes’ take adds in steel guitar and vocals that loom over low-down and grungy guitar riffs, sometimes easing into spoken word to give Wade’s lyrics an entirely new life. Without any imagery in the song itself, you can still almost imagine the scene in which he would break this song out – the hole-in-the-wall, best kind of dive bar where the wooden dance floor is dimly illuminated by neon cutting through a haze of cigarette smoke.

The unaffected power in Gerdes’ voice lends the single an irreverent, “take it or leave it” attitude: “I am what I am, since the day I was born / Some people play their music just for the fortune and fame / I’m poor and I’m nobody but I play just the same.” Steel guitar courtesy of Robby Turner and further instrumentation by Gerdes’ road band – lead guitarist Jake Baxter, bassist Britton Wood, and drummer Randy Noy – put the final touches on the ringing authenticity that “If Guitars Were Guns” emanates.

Plain and simple, the song is a natural fit for Gerdes. He told us, “I was immediately drawn to this song the first time I heard it. It was an acoustic version, just Roger and a guitar, and I thought to myself, ‘I’m gonna cut that song one of these days.’ It moved me. I always like to add a cover tune when I can, and I thought this song fit my new album Tough As Nails perfectly. I’ve pretty much had guitar in my hand ever since I was a kid, and this record is pretty guitar-driven, so it was just a natural fit. For the sessions, I set up that day in the studio with my road band and we basically cut it live exactly like we’d play it at a show—just let it roll.”

All in all, the down-to-earth grit and classic western stylings make “If Guitars Were Guns” a single that crosses the gap between modern outlaw sound and classic 60s and 70s country. While the track isn’t set to release for another few days, you can give it an early listen here at Raised Rowdy at the link below. If you like what you hear, be sure to follow Craig Gerdes on Facebook, Instagram, or his website to stay tuned for announcements regarding his upcoming album.