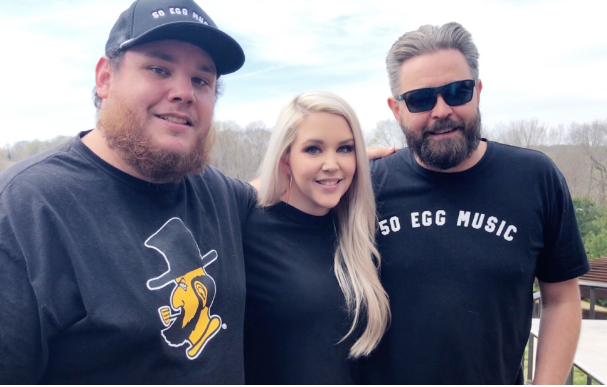 There are many different things that can take a song from being good to great. Luke Combs has a history of having songs that are relatable, catchy, authentic and well, pretty darn great.  To get these songs just right, Luke enlisted a whole host of amazing songwriters who he is lucky enough to call friends.

Here is the forth and final installment where we tell you about five more of those folks who Luke keeps in his writing circle and helped make this album.

Chase McGillhas been plucking his old six string since he was just twelve years old and has never looked back. He has cuts with artists all across the Country music spectrum from Cody Johnson, Little Big Town, Cole Swindell, Morgan Walle and Jon Pardi to Kenny Chesney, Blake Shelton and Luke Bryan. If you want a hit song those in the know, know to call up ole Chase.  He’s grammy nominated UMG songwriter who any co-writer is lucky to have in the room.

Jonathan, who has teamed up with Luke and Tali Canterbury to launch 50 Egg Music was a mighty fine artist in his own right.  Playing with his band The Grove he soon realized that his true love came in crafting a song and switched from being his own front man to helping guide the songs in Nashville.  Jonathan is probably my favorirte songwriter with hit singles like “A Guy Walks Into a Bar” by Tyler Farr, “Diamond Rings and Old Barstools” by Tim McGraw, “Why Don’t We Just Dance” by Josh Turner, “Don’t” by Billy Currington, “Red Light” and “Let It Rain” by David Nail and now singles with Luke Combs, Lainey Wilson, Kenton Bryant, Ray Fulcher and Josh Phillips just to name a few.  Jonathan’s style of songwriting is pretty distinct when you know what you are listening for and he crafts his words into powerful visuals. They don’t get much better than Jonathan Singleton and his introspective wordplay that ends up being relatable to so many listeners.

Randy, who’s Father is an acclaimed songwriter is his own right, is known as one of the finest melody writers in all of Nashville. After releasing albums under Mercury Nashville’s label he decided to focus on crafting songs, hunting more and raising his family in Nashville, Tennessee.  Randy has a host of HUGE cuts with some of Raised Rowdy’s favorite artists. Artists like Riley Green, Josh Phillips, Cody Johnson, Adam Craig, Erik Dylan, Parker McCollum, Muscadine Bloodline and of course Luke Combs. Randy’s melody writing and lyrics make his a hot commodity for artists and listeners.  He is even producing Tyler Braden’s upcoming project which the whole Raised Rowdy family is excited to hear!

Tyler is a damn good time with or without a guitar in his hand. Crafting hit singles such as “Whiskey on my Breath” (Love & Theft), “I Got Away with You” (Luke Combs) and “In Case You Didn’t Know” (Brett Young) Tyler knows how to get the good stuff and put it into words.  He was a co-writer with Luke and Ray Fulcher on Luke’s current single “Does To Me” that is rolling right up the charts with some vocal help from Eric Church himself.  Weather you see Tyler in a barroom or on a listening room stage like the Bluebird you are sure to connect with his lyrics and prose.  One of the finest folks to write songs in Nashville today.

Wyatt who is half of a duo with Levi Lowry called Yesterday’s Wine was a frequent and early co-writers of Zac Brown, penning “Chicken Fried”, “Toes”, “Whatever It Is”, “Highway 20 Ride.” “Homegrown” and “Colder Weather” just to name a few. If you heard a song you loved on an early Zac Brown record it is likely that Wyatt had something to do with it. Now a friend of Luke Combs, he helped Luke pen the seven week #1 “Beautiful Crazy” as well “Even Though I’m Leaving” on the new record. The numbers for Wyatt’s songs are staggering and just continuing to grow 1.5 BILLION digital streams, 24 MILLION singles sold, 9 MILLION albums sold, 13 Numbers Ones and 16 Number Ones at Country & Rock Radio. That is a mighty fine resume and Wyatt isn’t even close to done.

We hope you liked these songs and this album as much as we did.  And we hope you dig into the catalog of these great songwriters to hear who Luke keeps around him.  It really is a list of “wear your heart on your sleeve” kind of guys. What you see truly is what you get.