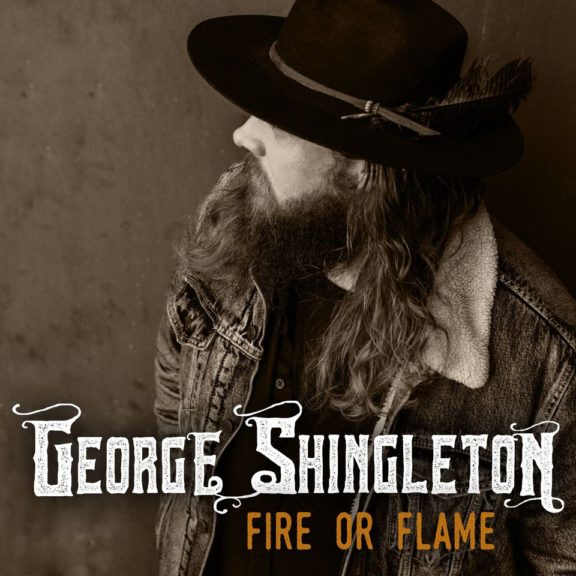 West Virginia native George Shingleton grew up immersed in the rich musical tradition of Appalachian culture; bluegrass, classic country, southern rock and gospel all played a role in forging the artist he is today. Conglomerating in his new single “Fire or Flame”, those influences all shine through as Shingleton opens up an important conversation – asking a lover whether there’s long term plans or if things are just a flash in the pan. “Fire or Flame” was co-written by Shingleton and producer Dave Pahanish and is the first single off Shingleton’s upcoming album that will be released later this year.

From the moment the song starts, Shingleton’s robust, lofty vocals are immediately able to encapsulate the angst that fills this questioning in-between space, lending an added sense of emotion as the song progresses. Soulful and packed with imagery, “Fire or Flame” swings through a series of apt metaphors: “am I a link in the chain/the book or the page/am I the fire or the flame.”

The tune’s smoldering tempo is swirled with classic country instrumentation, which is a product of the ace backing band. “Cowboy” Eddie Long, who has played for Hank Jr. and Jamey Johnson, weaves in steel guitar amid lead/rhythm guitar by Shane Sanders, Rachel Loy’s bass, piano and organ by Jefferson Crow and Shawn Fichter’s drums.

We were able to catch up with George Shingleton, who answered a few questions for us so you all can get to know a little bit more about him and his music.

Raised Rowdy: It must’ve been a huge change moving to Nashville from rural West Virginia – how do you think that move has influenced the character of your music?

George Shingleton: The move was tough at first. It was a little scary, seeing how I don’t like change much. I had never lived anywhere else, except the county I grew up in, so it took us a while to adjust. I think that helped with influencing the music. I was able to experience new feelings, so I think it translated through the songs.

RR: What had the biggest impact on helping you find your sound as an artist?

GS: I would have to say growing up in Appalachian culture and being raised in church are probably the most influential parts of the music. Country music (Hank Williams Jr., Merle Haggard, and old-school Southern rock like Lynyrd Skynyrd and the Allman Brothers) are the next biggest influences to put in the mixing bowl of what characterizes the music I end up making. It just happens.

RR: Your new single, “Fire or Flame” was co-written with Dave Pahanish- what was the writing process like for that track?

GS: I had the idea for “Fire or The Flame” for a little while. My producer/co-writer, Dave Pahanish, and I were hanging out in his studio when I told him about the song idea, and I kinda had a guitar part started. He liked the song idea, and we just started writing it. It really was one of those songs we didn’t have to fight for to get it out.

RR: Can you tell us a little bit about the Tuesday Night Tunes series that you host on Facebook? How did that come about?

GS: Tuesday Night Tunes is a Facebook live feed I do from my Facebook Music Page every Tuesday at 7:30pm central/8:30pm eastern. I get on and play nothing but my original stuff for all my friends and followers. At first, I hated the idea of going live but some good folks at Dark Horse Music Review talked me into doing it once, then I decided to stick with it. I look forward to doing it now! It’s helped me connect with folks.

RR: What are your current favorite artists that you’ve been listening to lately?

GS: I’m still stuck on listening to the old stuff for the most part, but I really like Tyler Childers’s music, and Paul Thorn is another artist that I can listen to for hours on end. It’s all about the lyrics for me, mostly. Of course, I dig on Sturgill Simpson and Chris Stapleton also.