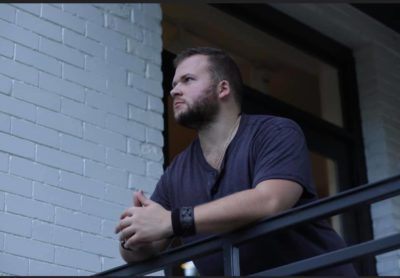 Michael Keys moved to Nashville just over a year ago from the suburbs of Chicago after winning the Coors Light Big Break competition. The grand prize was the opportunity to open for Sam Hunt and Midland (among others) at Country Thunder in Wisconsin in the summer of 2018. In addition to the performance aspect of the competition, Keys penned an original piece to be considered called Instead. He did most of his writing solo before moving, but says that the collaborative nature of Music City has really upped his game. “I first got introduced to writing when I was just writing songs about myself and when I moved to Nashville I learned that the one thing to do is get a part in cowriting songs because you’re able to have all kinds of ideas on the table”. He talks about the camaraderie he’s experienced so far with his fellow writers by saying, “we started our own little team where we’ll meet up and be like let’s see what we come up with”.

With his new single, “Hang Up”, Michael Keys brings country music back to its roots. This song has a classic country feel since its subject matter is missing home and mama. The inspiration comes from a phone call from home. He says, “I’m on my way to play two shows on Broadway and I get a call from my mom and she’s telling me my brother came over with his family. My niece, nephew and everyones at the house just hanging out. They were asking about me so she decided to give me a quick call to tell me she loved me and she missed me. Honestly in that moment I had to hang up because I wanted to break down and cry. With making changes also comes some sacrifice”. He brought this experience to his next write with Brandon Whitley, J Kyle Reynolds, and Todd Williams Jr. where “Hang Up” started to take form.

From there, J Kyle suggested they bring the song to a producer he knew. That producer was Grady Saxman. Even if you don’t recognize his name from when he was a guest on our podcast last year (you can catch that episode HERE), you’ve definitely heard his work. Grady is responsible for producing the debut single that launched Luke Combs’ career, “Hurricane”. Keys worked with Saxman and his studio players and says the song came together fairly quickly. “They came in and knocked the song out in about 30 minutes. It was kind of cool to hear all of it unfold.” They discussed doubling up Keys’ vocals for the harmonies briefly, but Saxman suggested bringing in a friend of his for backup vocals, Brandon Ray.

He also shared the story of the first time his mom heard the song. In August of last year, Keys made his debut as a solo artist playing original music at Joe’s on Weed Street. He took a break in his set and he called her to the front of the stage. He said she didn’t have any idea it was coming and she loved not only the song, but the full circle moment that that performance meant. Keys had played Joe’s in the past during the two years that he was the lead singer of a cover band in a Chicagoland called Rock Star Rodeo, but this was the first time he got the chance to play original music. “It feels amazing just knowing how hard I’ve worked to try and market myself as an original artist to do what I can to get people to hear my story with the music that I want to share with them”.

Michael Keys’ single Hang Up is available on Apple Music and Spotify. He is also on Facebook and Instagram as @michaelkeysmusic.