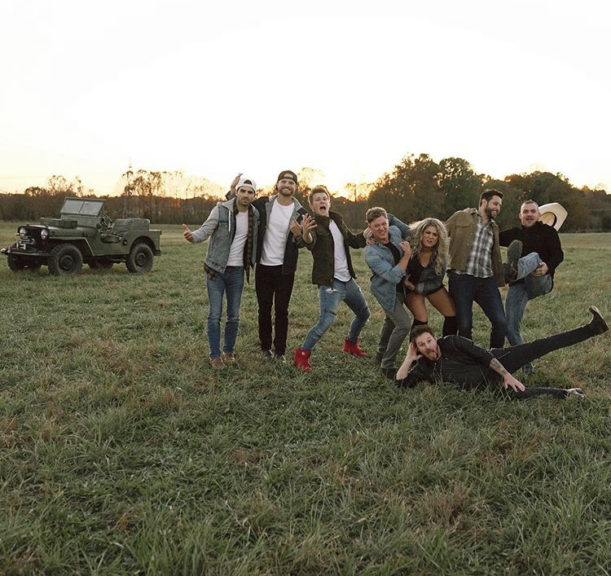 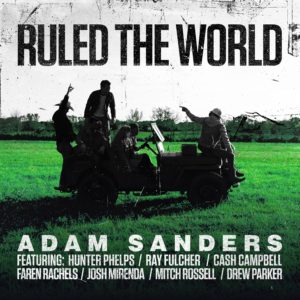 Beer drinking, truck driving, boot wearing boy Adam Sanders just released the country anthem we didn’t know we needed. “Ruled The World” paints the picture of just how the world would look if a group of your finest rednecks got together and set up shop anywhere in rural America. The track features seven of Sanders’ fellow singer-songwriter friends with resumes of their own a mile long.  Hunter Phelps, Ray Fulcher, Cash Campbell, Faren Rachels, Josh Mirenda, Mitch Rossell and Drew Parker round out the crew. 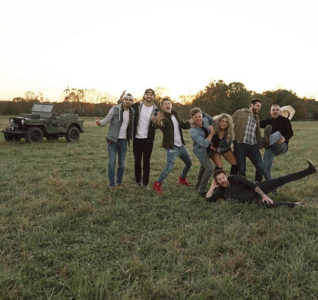 While the single is a well written, upbeat and feel good tune that warrants praises on those merits alone, there is more to this song than meets the eye.

The Florida native moved to Nashville in 2009 with raw talent and a strong sense of identity; two qualities that are the foundation for success. Sanders knows who he is and his music reflects that. Shortly after moving to Music City, he caught the attention of executives at Big Yellow Dog who signed him to a publishing deal which eventually led to writing two No. 1 singles: Cole Swindell’s “Ain’t Worth the Whiskey” and Dustin Lynch’s “Hell of a Night.” Sanders built a strong reputation as a talented songwriter working with the likes of Luke Bryan, Dierks Bentley, Chase Rice and Jon Pardi before venturing out on his own. He launched a career as an independent artist and has maintained his independent status even to this day. This status is something that Sanders is proud of and it’s reflected in every aspect of his latest project.

Sanders has always been an advocate for the underdog and the independent artists, so it came as no surprise for this project to be done in such a fashion. With the writing credibility, touring history and streaming numbers under his belt, Sanders sees himself as a senior of unsigned artists in a way that allows him to look back at other artists on the same career path and elevate them however he can. So when the opportunity came about to put a few of these folks on this platform he took it to another level. Not one or two artists, but 7! 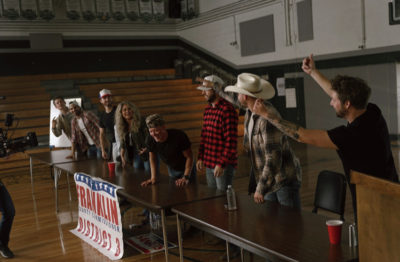 The song was penned by Sanders, Zach Crowell, Chris LaCorte and Hunter Phelps. Their inspiration was to write about a guy and a girl and what they would do in an ideal “redneck world.” The foursome kicked off the write by coming up with crazy one liners like, “I would put a Bass Pro shop on every corner of every town” or “I’d cut a dirt road from New York City to LA” which are so far fetched that they seemed to work just right for the theme of the song. The original demo featured Sanders and Phelps singing alternating lines, which ultimately sparked an idea to feature multiple artists instead of pitching it to just one. After throwing it around to more established artists, they quickly realized that while the feedback was positive, the task of coordinating a multi-artist track with multiple labels and schedule conflicts was not realistic.

Not willing to sacrifice the potential for collaboration, Sanders decided to release the track himself and spotlight other independent artists who possess a similar work ethic and reputation in the industry. With the other writers on board, he started making a list of names and pitching them his ideas. After playing them the song and sharing his ideas, Sanders had a solid team of eight in a matter of months – a team of artists who believed in the song and ultimately Sanders’ mission in releasing it.

“I kind of saw this as the Cinderella Story of Nashville. The idea of having all of us pull our own weight makes me feel like we equal and just as big as any artist in our format when you combine us all together. I really feel that all of these guys involved, looking at their fan base, their streaming numbers and touring schedules, are the next wave of what country music could be. So I really wanted to do this independently, with no label involved just for the love of what it is and how fun it was to create. I’m hoping that Nashville will really rally behind that.”

As if pulling this off wasn’t a big enough task in itself, Sanders teamed up with Create Nash to produce a music video for the single. The video is set in the middle of a town election type meeting, where all eight attempt to sell themselves to the townspeople in hopes of getting their crazy redneck ideas voted for. If you’re a fan of 90’s country you may even recognize a few of your favorite faces in the crowd. Guest appearances from Tracy Lawrence, Aaron Tippin and Shenandoah’s Marty Raybon and Mike McGuire add to the star studded cast. You can see for yourself in the link below. 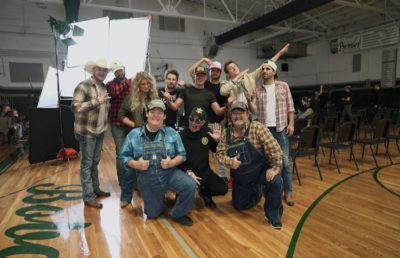