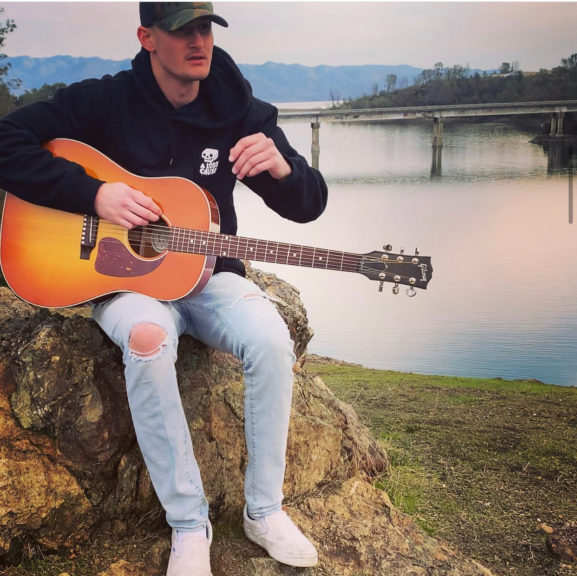 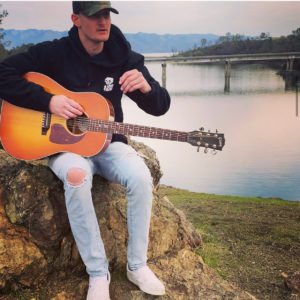 We’ve been hearing the phrase, “country music is dead” in the media a lot lately and that statement couldn’t be further from the truth. It is very much alive and well. If you’ve been following us for any amount of time, you know we love finding and bringing you the best that country music has to offer. Often times that means music that you wouldn’t necessarily find on the radio. Perhaps this is the reason so many feel the authenticity has been lost over the years. The future of country music lies within the artists who are writing, singing, playing and barely getting by on tips until they earn a bigger platform. We are fortunate enough to have an advantage that the generations before us did not; social media. Love it or hate it, it has changed the game.

The up and comers are being seen and heard by people who wouldn’t normally have the ability to see them on a stage. Social media is where we find artists like Austin Snell. We recognized his gift, wanted to know more and thought we’d share his story with you too!

I grew up in an insanely small town called Dudley, Georgia. With a population of about six hundred people, you can imagine how hard it was to get away with anything without everyone knowing. But to be honest, I wouldn’t have it any other way. It was the type of place where everyone knew each other, a very tight knit community. Which is what pretty much led me to writing a song about it called “Same Old Town”. I wasn’t lying when I wrote “I still run the same ole red light”. We only had about three of them anyways. One of my most vivid memories is our means of transportation in my younger years, which was an old beat up, gas powered golf cart that my buddies and I drove around every inch of Dudley. To most, this may seem crazy. I guess it’s one of those “If you know, you know”, things. 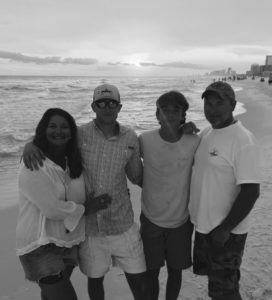 Where do you draw artistic inspiration from?

My inspirations vary from one end of the spectrum to the the other. I’ve drawn inspiration from so many people. Jason Aldean’s live performances, Ed Sheeran’s creativity and most recently Ray Fulcher’s incredible songwriting ability. I just have an appreciation for good music. And there’s good music in every genre. I think people that restrict themselves to one are also restricting their creativity, from an artist standpoint.

You released an original song, “Live It Right.” What does this song mean to you?

“Live It Right” actually came from a very deep place in my heart. At the time, I was going through a lot out in California, which is where I’m stationed at. I was recently out of a long distance relationship with a girl I had been with since high school. I remember sitting in my bedroom with the lights off thinking about everything wrong with my life like most of us have done at some point in our lives. After what felt like a few hours, I remember looking over at my nightstand and seeing a bible my mother had given me when I left that was covered in dust from not being touched for probably over a year. I instantly broke down in tears. And for me at least, that doesn’t happen very often. After that was what led to probably one of the easiest songs I’ve ever wrote. The words just poured out on the page. It’s hard sometimes to outweigh the bad thoughts with good ones and that song was written mostly about appreciating the little things and the lessons taken away from mistakes. As for the production, I wrote, recorded and produced it myself. I do hope to get it professionally recorded at some point which is why it’s only on YouTube at the moment. The cover art was done by my amazing aunt.

Can we expect any new music from you? If so, when?

There’s no set date yet, although I am in the process of writing more songs and saving money to hopefully release a professionally recorded EP next year. Until then, I plan on sharing some of my writing through social media and a few live shows here and there. It’s a little on the harder side to go play as many live shows as I want with my job. I’m currently on my last year serving in the U.S Air Force. I always knew from a young age that serving was something I was passionate about. It’s definitely been an experience. I’ve met some of the best people the world has to offer and worked on some of the best aircraft that the world has to offer. 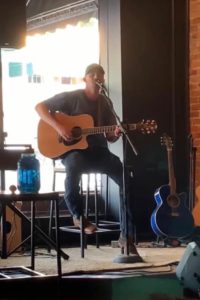 If you could write or work with any artist, who would it be?

At this point, to write or perform with anyone is an honor. But it’d be a dream come true to write with Ray Fulcher or perform with Jason Aldean. There’s so many I could name, but those two are absolutely incredible at what they do.

We can’t wait to hear more from Austin and follow him on his journey. Check out the link to his song below and head over to his instagram for more covers and originals!