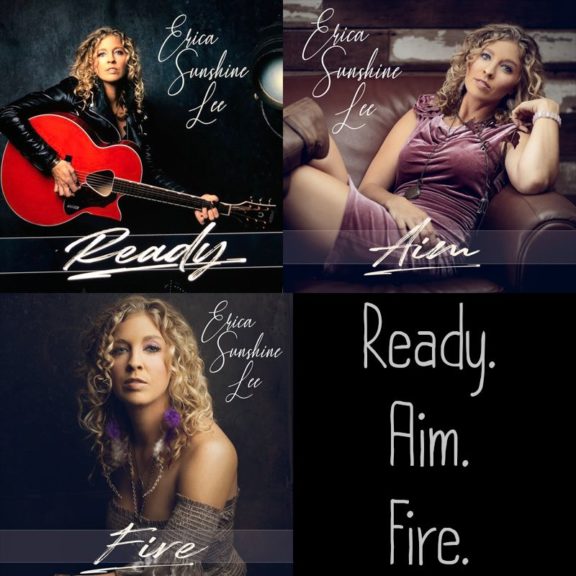 From It’s a Smash Media

With the New Year’s Day release of Fire, country music’s hardest working female Erica Sunshine Lee completed her Ready, Aim, Fire series, giving her fans a deeper glimpse inside her soul. Pouring herself into this series as both a songwriter and artist, Lee offers a little bit of everything.

The single release, “Change the World” is the title of her 2020 tour, which stretches from Key West to San Francisco to Pittsburgh and beyond. The song embodies what Lee says she wants to do with her career, which is to — literally — change the world in a positive and powerful way. That song can be found on the Ready EP, which Lee says is more laid back and vibey. It sets up the next EP, Aim to feel a little more amped up. 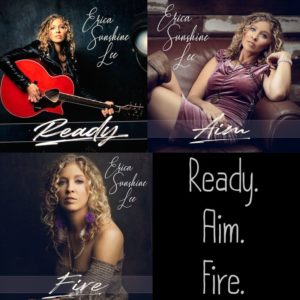 “This series shows my vulnerability as a songwriter and as a human, but specifically ‘Change the World’ has the positive message and image I want to convey to girls and women everywhere,” Lee said.

Aim features songs like “I’d Love to Love You” to show that vulnerable, country songwriting Lee has become known for across the country and internationally. Additionally, the EP has a bit of a 90’s country vibe with songs like “Think Again” with some in-your-face, rock-country sprinkled in as well, setting up the final EP to blow listeners away.

“I wanted to tease what was coming in each of these EP releases,” she said. “Being flexible as an artist is so important because most people listen to more than one genre of music. Having the ability to write vulnerable music and then turn around and show off my ‘Don’t mess with me’ attitude is something I love being able to do. This series allowed me to do that in an effortless way.”

The final release, Fire has the edgy, raw and personal feel of previous releases like “Whiskey Bent and Jail Bound” or her entire Southern Amendment EP. Leaning much more into the rock-country sub-genre, Fire will put listeners into a head nod without warning.

“I started out my career in a classic rock band so I’m right at home with edgy rock and raucous electric guitars, but I still love staying true to my storytelling country roots,” she said.

With this final release, the three-part series is complete and Lee is planning to release her much anticipated ninth full length album in the spring. She played 250 dates in 2019, and kicks off her 2020 tour in January, with stops in Florida, Michigan and Tennessee, before heading back across the US to continue living up to her ‘”hardest working woman in country music” reputation.