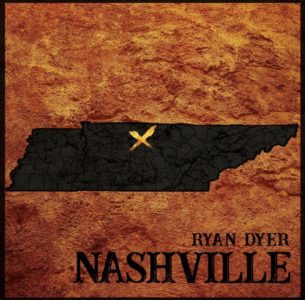 The path to country music greatness is different for every artist looking to “make it,” and for many, this path starts in Nashville, Tennessee. This mecca has its perks, like being surrounded by some of the greatest musicians, songwriters, producers, etc. in the entire world, but it’s also a curse because it’s hard to remain at the top once you get there. For Alabama native Ryan Dyer, he’s been working his way to the top and will start moving a little faster with his newest single “Nashville.”

Dyer, who has been writing songs since he was a kid, didn’t consider a career in music until about four years ago when he was still a union millwright. “I used to go on jobs and the majority of the songs I wrote were in a hotel room or on a job site while I was working.” Since gaining quite the following throughout Alabama, Dyer hasn’t needed his job as a millwright and now seeks other places to write songs, such as the outdoors. 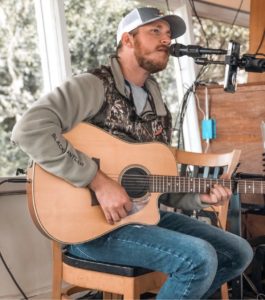 Alabama is home to some of the best fisheries, abundant duck ponds and woods filled with deer. There’s no question that it is an outdoorsman’s paradise and it’s also a perfect place to write hit country songs which many have! When writing “Nashville” Dyer took to his friend’s cabin in the woods to put the words to paper. “My buddy and I would go out and hunt for a few days and when we got back from the hunt, we would have a couple of drinks and get to writing. When you’re out in the woods and away from all the noise, it opens your mind to express yourself lyrically.” Raised Rowdy favorites like Riley Green, Muscadine Bloodline and Clay Barker also call Alabama their home state and it’s quickly becoming a training ground for country music’s newest wave of talent.

The song itself has a very moving storyline to it and it’s told in three different “phases,” as Dyer likes to call it. The first phase tells the story about a kid dreaming of going to Music City and leaving Oklahoma. The second phase is about a girl that is saving her money to go to Nashville because she believes in her music. The third and final phase of the song is the most unique and possibly my favorite. It entails the story of a guy who has already been in Nashville for ten years and he’s old and tired so he’s headed home and while driving, he gets a call saying he got his record deal.  Dyer performed an acoustic version a little over a year ago at Nashville’s famous Carter Vintage Guitars:

The ultimate message of this song is that everyone’s definition of “making it” is different and no two artists have the same timeline on when or if something is going to happen in their careers. For Ryan Dyer, there’s a buzz surrounding him that might make his timeline move quicker than expected. To learn more about Dyer and stay up to date on his journey to the top, follow him on Instagram and Twitter @RyanDyermusic. “Nashville” is available on streaming sites everywhere!