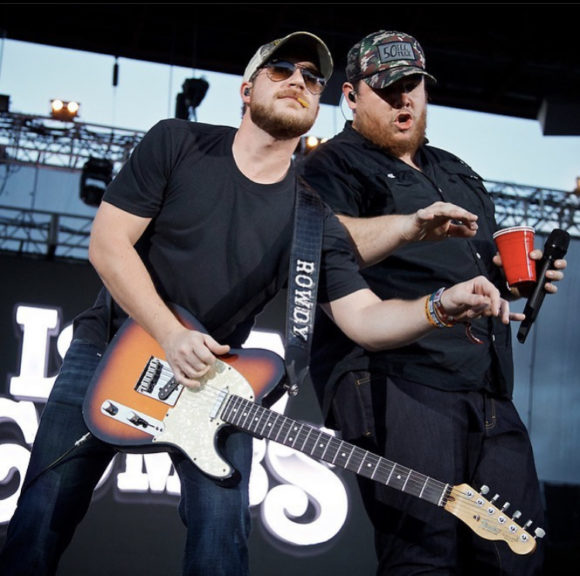 Sara Custance – Raised Rowdy Contributor who missed out on both opportunities to get Luke Combs edition Crocs and deeply regrets her life choices. 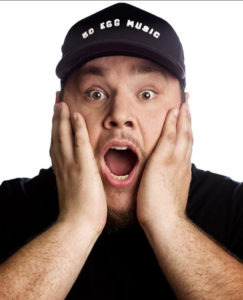 Luke Combs has found his way to the top of just about every country music chart out there with hits like “This One’s For You”, “When It Rains It Pours” and “One Number Away.” He’s played for charity events at beach bars, amphitheaters all over the country and sold out arenas bringing adoring fans to their feet night after night. While it may appear to some that his success happened overnight, those that have followed him since the Vine days know how much time he has invested in his craft before his rise to fame.

Combs moved to Nashville in 2014 and began writing with other newcomers on the scene who were still trying to figure out the strategy for turning their dreams into a reality; many of those he still collaborates with to this day. Before long he was writing songs that would later become major hits, skyrocketing him into stardom. So who were these writers? 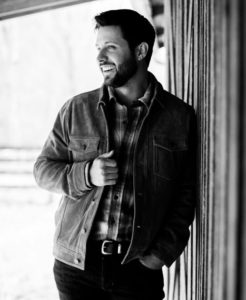 With eight writing credits on each of Luke Comb’s two full-length albums, Ray has been an integral part of the writing process from the get-go. Hailing from Harlem, Georgia, he was surrounded by many renowned singers and songwriters to learn from. Shockingly though, he didn’t pick up a guitar until he was twenty-one and decided to move to Nashville after he graduated from the University of Georgia to pursue music. Since then he’s been writing with a solid crew of blue collar boys; Drew Parker, Ryan Nelson, Adam Craig, Josh Phillips and Jonathan Singleton just to name a few. While the songwriting creds kept coming for Ray, he wasn’t just writing them for other people. In between touring the east coast opening for The Cadillac Three and Luke Combs, Ray managed to make time to release a six song EP titled Somebody Like Me in addition to a few singles later in the year. One of which, “Down On My Window” led to a headlining fall tour with more than 25 stops along the way. 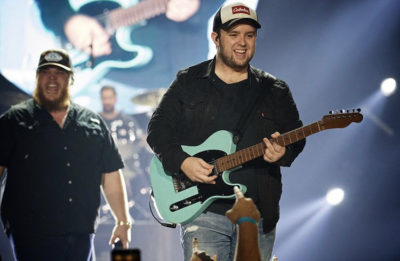 The name Tyler King should ring a bell if you have been following Luke Combs for any amount of time at all. Tyler can usually be found rocking stage left, shredding lead guitar for Luke with larger than life vocals. Whether he covers Travis Tritt’s “I’m Gonna Be Somebody” or belts out the classic Eagles’ ballad “Desperado” during his introduction, you can’t help but be blown away by the sheer power and vocal range in his renditions. Tyler penned track #6, “1, 2 Many” with the help of Luke, Dan Isbell and Drew Parker, making this his first cut as a songwriter. A cut that would go on to feature the legendary vocals of Brooks & Dunn. Not bad for a first; not bad at all. Catch Tyler and the rest of the gang on the road this spring on the What You See Is What You Get Tour. 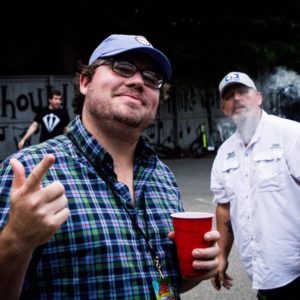 It’s been nearly five years since James McNair released an album of his own but that hasn’t stopped him from being heard. The Aiken, SC native signed a publishing deal with Sony/ATV back in 2015 and has had over forty-five major writing cuts since, including two tracks off Luke’s debut album and three from his latest. James is highly respected and well known in the Nashville community for his work ethic and ability to write songs both artists and fans can relate to. Songs that have been recorded by artists such as HARDY, Craig Campbell, Chris Lane, The Cadillac Three, Kane Brown and FGL. This collective doesn’t come as a surprise as James is also signed by Brian Kelley and Tyler Hubbard’s publishing and artist development company, Tree Vibez Music.  So if you listen to country music the chances of you knowing a James McNair song or songs for that matter, is pretty high. With the announcement just days ago that James has re-upped with Sony/ATV in an extension of his exclusive worldwide publishing deal, it sounds like we can expect more chart topping hits coming our way. Congratulations James! 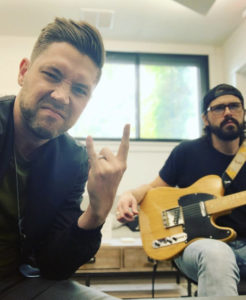 While Corey Crowder is probably best known for his songwriting/producing partnership with country superstar Chris Young, his accolades don’t stop there. Corey has written and produced songs for some of country music’s biggest acts including Lady Antebellum, LoCash, Justin Moore, Jon Pardi, Cole Swindell, Morgan Wallen and FGL. Corey hails from Loganville, Georgia where he began pursuing music as an artist himself. Eventually Corey and his wife moved to Nashville where he signed a publishing deal with Universal and began writing songs upon songs, only to have it dropped shortly after. Through the process, Corey quickly realized his true passion was in songwriting and producing. Efforts would pay off in 2017 as Corey was signed to Tree Vibez Music for another publishing deal. Corey, and Tree Vibez Music’s co-founders, Tyler Hubbard and Brian Kelley go back long before their move to Nashville so the decision to sign with their company was a move he was excited to make.  Corey sat at the top of the charts as a songwriter multiple times and earned his first #1 as a producer with Chris Young’s GOLD-certified album, I’m Coming Over. His work also earned him nominations for ACM, Billboard Music and Grammy awards. Corey is definitely a standout in his field! 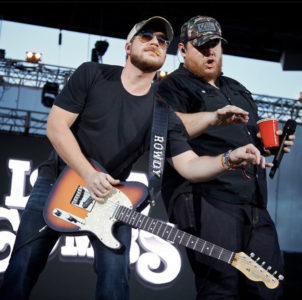 Rob Williford may only have one writer’s credit on the latest album but he’s been writing and playing guitar alongside Luke since 2014. Prior to teaming up with Luke, Rob was in a band of his own called “74 Southbound” with two friends from back home, Austin Smith and Brandon Carpenter. They played gigs and bars throughout Nashville and Rob’s hometown of Gastonia, NC from 2005 until 2013. After a brief run in the corporate world, Rob realized country music was all he really wanted to do and moved to Music City. He ended up connecting with Luke in 2014, shortly after moving to Nashville, and the two hit if off right away. The duo has been writing songs and playing together ever since. It’s been a pretty inspiring journey to watch. From playing dive bars for tips to selling out arenas all over the country, playing on iconic stages like the Grand Ole Opry and Red Rocks Amphitheater to a full-circle moment winning song of the year at the 2019 CMA Awards for “Beautiful Crazy.” Road life with one of the biggest artists in country music is a demanding one at that and somehow Rob has managed to balance that with making time for co-writes with other artists in the scene and even playing writers rounds for us during CMA Fest. Both Kameron Marlowe and Dustin Huff released tracks this fall co-written by Rob. We are all looking forward to catching Rob and the rest of the crew out on tour this spring!