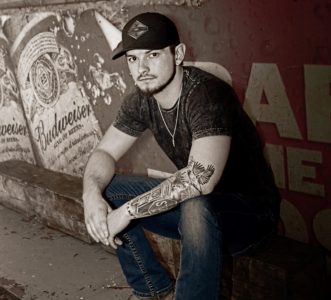 To some folks Indiana might not sound very country. There is a stigma attached to the North and even the Midwest as to the idea being is that really Country. If you listened to our podcast you will hear one of our earliest podcasts with Dustin which you can check out HERE. Where we discuss this topic a little bit.

The fact of the matter is there are lots of areas all across America that are in fact very country. From as far Northeast as you can go all the way out to California and most places in between. Any place where you can raise a family, do the best you can and keep mostly to yourself is pretty country. Activities like hunting, fishing and anything involving the outdoors lead folks to a lifestyle that Country music is tied to deeply. Country isn’t a zip code or being on one side of the Mason Dixon Line. It’s about a lifestyle and having country values. In his newest release Dustin explains some of the things from his life that are very much the things that most would consider country living.

Dustin penned this track back home in Indiana, while staying up late watching hunting shows. Dustin picked up his guitar and it all kind of fell out in about 45 minutes.

The track is laid out with pretty simple instrumentation with Dobro guitar being the instrument you hear the most well represented in the mix, lent to the song by Kurt Ozan. You also hear Joe Costa, who produced the track as well as played guitar on it.

Dustin lays out the scene as he saw it growing up. A good hunting dog, a proudly flying American flag, wood stacked as high as the kids that helped stack it. A family that worked for a living and did the best they could to get by and give their kids the things they needed.  Never had that much but it was always enough. That is what it means to be country and whether it’s in Indiana, South Carolina or a little northwest of wine country in California, folks live like this every day and if that ain’t country we don’t know what is.