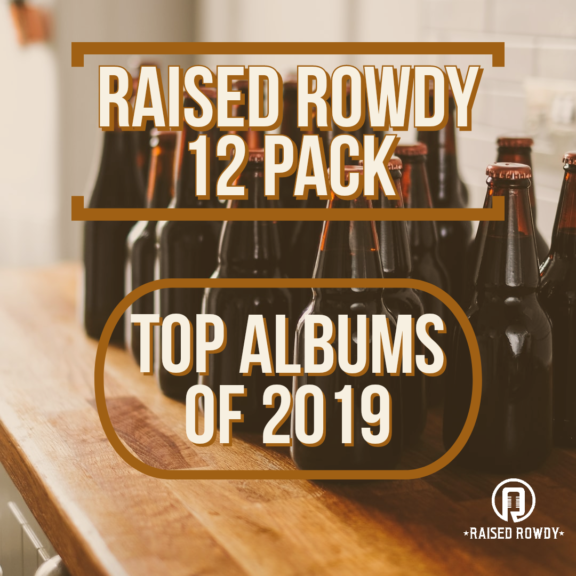 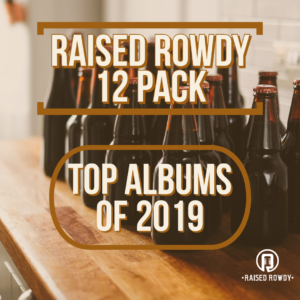 Hey Rowdies! We are back with our round-up of the team’s 2019 Albums of the Year. Just to clarify, these were voted on by all the current Raised Rowdy writers/contributors that wanted to be included and we took a quasi nerdy formula to decide which albums made the list using how high they were on a contributor’s list and how many lists they were on overall. This list is not any of our writers personal top 12, but this is who Raised Rowdy is in 2019 and the music we appreciated the most as a collective.

We also excluded albums that were republished (We loved Brooks and Dunn’s Reboot but it did not qualify for voting as all the tracks were re-releases). This includes bonus track versions of albums.

Having said that this year was a fantastic year for Country music and we think this list of albums represents the collection of contributors at Raised Rowdy pretty darn well.  We hope you enjoy and Thank you for rolling with us in 2019!

Ain’t Nothin’ To It – Cody Johnson

I think this album had the perfect combination of subjects. I liked the mix of life advice, romance and self confidence themes that were present throughout. Songwriting for it was on point with a combination of all emotions that make Country music great. -Ryanne Vekich

One of my favorite things about Country Squire is that it’s very much an immersive listening experience. Childers packs an incredible amount of detail into concisely written lines, carving out a series of rough-hewn vignettes that are steeped in a polished version of classic Appalachian sound. From the lonesome and world-weary, yet somehow innocent quality of his voice, to his sense of humor and devotion to his wife – the album is imbued with a sense of who Childers is and what drives his music, more so than many other albums out there in the current country music atmosphere.

All in all, Country Squire takes stories that are highly specific – both to Childers’ personal experience and those of his Appalachian surroundings – and tells them in a way that can leave listeners from all walks of life spellbound. That, combined with the album’s overall sound and lyricism, make Country Squire one of the defining albums for the year in this genre. -Stacie Hestand

“Different ‘Round Here” was more than just a new album release for me. It was the anticipation and delivery of a collection of songs that reminded me of why I first fell in love with country music. The thought of love, heartbreak, truck beds and drinking ice cold beer might be cliché to some, but for me it’s real life. Riley paints the picture of his life and his state of mind through vivid imagery and candid lyrics set to catchy melodies and boot stomping beats.

Riley collaborated with some of Nashville’s most talented songwriters to pen his debut album including, Erik Dylan, Jonathan Singleton, Randy Montana, Channing Wilson and Rhett Akins just to name a few. The album connected with all of us at Raised Rowdy in some way and as expected, earned a spot in our top 12 albums of 2019! -Sara Custance

There is beauty in the simplicity of this record.  Each instrument is placed into each track purposefully. There are not many wasted notes in the whole project and that leaves room for the lyrics to truly shine. Gabe’s vocals evoke emotion and thoughtfulness in listening like not many in the genre do. Powerful and captivating this album will be one of those that you look back on in 10 years wondering how it did not get more acclaim. Gabe Lee and his album Farmland are as good as it gets in Country music. -Nick Tressler

Let It Roll from Midland is a reassuring album in the sense that traditional country music has not disappeared and in fact is starting to make a comeback. Even though it is traditional, they put their own groovy spin on it that can appeal to all audiences across the spectrum of country music. -Brad Curry

Maren Morris’s sophomore album was highly anticipated and GIRL did it deliver. The powerhouse Texas native co-wrote each of the fourteen tracks on the album that individually tell their own story and as a whole show who Maren is as an artist. GIRL touches on many different genres with tracks ranging from a boot-stomping duet with Brothers Osbourne in “All My Favorite People Do”, to a soulful song about unity in “Common” (featuring Brandi Carlile) to the unabashedly, sexy feel of “RSVP”. Fresh off her marriage to fellow RR favorite, Ryan Hurd, this album is packed full of self-love, reassurance, empowerment and newlywed bliss. -Brittany Vincent

This album was hands down one of my favorite albums of 2019. It had such a great balance of upbeat rock songs, to pissed off broken hearted country songs. It was so relatable and definitely one of my top records. -Trey Bonner

Jon Pardi successfully covers a lot of ground thematically and stylistically while staying true to his honky-tonk country roots. His latest album shines a light not only on the talented writers and musicians that he works with, but the genre as a whole. -Katie Vorderer

The first thing that you hear from this HARDY album is that it has the repeat worthy lyrical wordplay that HARDY has come to be known by, as well as the full range of emotions. Tracks like “My Kinda Livin'” keep the groove going while those like “One Beer” talk about real situations. It’s a perfect modern expression of quality mainstream Country music from production to mixing of musical styles to lyrics that keep you pressing repeat. Oh yeah, and it has a whole host of feature artists showing by their inclusion on this album that they back what HARDY and his team are doing. -Nick Tressler

Flatland Calvary is very easy listening between Cleto’s charmingly sweet vocals and Wesley’s playful fiddle solos, but the lyrics take it to the next level. It is equal parts heart and brains articulating complicated emotions such as loneliness and nostalgia effortlessly. -Katie Vorderer

What You See Is What You Get – Luke Combs

I think the country music community can all agree that What You See Is What You Get was without a doubt the most anticipated album of 2019. I often hear people say there is a Luke Combs song out there for every situation and every mood and I can’t help but agree. With 17 tracks, some previously released and some brand new, Bootleggers got a mix of love songs, tailgate anthems, heartfelt ballads and everything in between. Songs that brought fans to their feet and songs that brought tears to their eyes during live shows.

While the songs and the performances delivered at every concert I went to were at the top of my list this year, also impressive are the 20 songwriters Luke brought into the project. Industry vets like Ray Fulcher, Dan Isbell, Corey Crowder and Josh Thompson all contributed to the collection of songs featured on his sophomore album. The album is definitely a favorite among the Rowdy followers and contributors alike, making it an obvious choice on our top 12 list! -Sara Custance

The most electrifying thing about Whiskey Myers, and this self titled album, in particular, is they brought the soul of CCR, and the lyricism of Jason Isbell, and make them dance together on a record. -Bubba McAllister

We hope you liked our list and let us know which albums were your favorites this year!

Here is to 2020 and another great year of Country music.