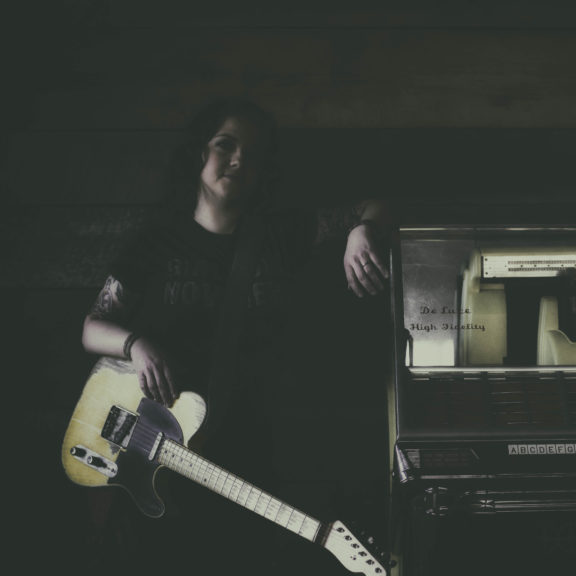 One Guys Breakdown on Ashley McBryde and Her “One Night Standards” 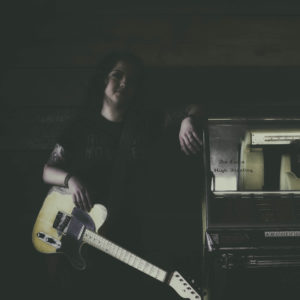 Right now I’m somewhere between 30,000 ft and the Chicago skyline. It’s fall, so even though it’s 730 PM- it may as well be midnight, but I don’t mind it being dark out, it’s easier to focus on the music. I’ve placed my drink Order, the usual; double jack, rocks, don’t drown it. I pop in the AirPods and scroll through the library, but tonight, I’m selective. This isn’t the usual, cruising down the interstate casually skipping through the iPod on shuffle, pushing the car speakers a little too hard with your new favorite song, or whatever’s playing.

I’m talking the dark night sky, silence among the passengers of the plane. The familiar burn of my favorite brown beverage and the purest form of music consumption. Nothing visual, physical, but damn if it doesn’t kick open the door to the shotgun seat, tell you to hold the fuck on, and take you on a journey- this is less when I hear music, and more when I feel it, no, when I let it tell me what to feel. Sometimes I resist it, other times, I indulge. Tonight, the selection is Duane Allman. God rest his soul because that man had a gift with an instrument that is akin to Rembrandt with a paintbrush. He got the blood pumping like a Tom Petty Jam, and then brought you back down to Janis Joplin and Bobby McGee. He forced you to feel something.

This particular sentiment, if it’s about anything at all, is aimed at Ashley McBryde, but it started with a woman named “Jessica”, and not just my particularly favorite Allman Brothers cut, but more importantly, it’s their most thought provoking. It forces you to feel something; indifference isn’t an option. If you’ve heard it, you are aware that there aren’t any words, just a badass band jamming like nothing else exists in the world. Just pure, unabashed, unadulterated rock and roll. The pure epitome of badassery, if there ever was such a thing.

Enter Ashley McBryde. Who is she? What does she have to sing about that we haven’t had forced down our throats a million times before? What records did she cut her teeth on, and why take a particular interest in the first place? And let me give you a hint, it has nothing to do with Dahlonega, GA- though that song more than holds its own. And, not even “Bible and a .44” though that song is not only catchy, but invokes emotion. It’s about a simple song that may never climb the charts and ascend to the heights of the due it’s owed. Ashley McBryde needs to be on your radar because of “One Night Standards”. Let me tell you why.

Initially, her vibrato – it’s not melancholy, or lamenting, but you can feel an ounce of pain behind the story. Her story telling voice sings it not like she’s trying to convince anyone, but because she’s closed her eyes and is recounting a memory. When sincerity of this magnitude occurs, you shut up and listen. Not too dissimilar from the aforementioned’s early exit, but ever so impactful; original front man of the Allman Bro’s, Duane Allman. She brings a rare, raw product to us that gives absolutely no regard to whether it’s played to a sold out Opry crowd, or Ace of Spades in Sacramento. Her music is performed, laid down on a track in a studio, and playing from your speakers because that’s what she was born to do. Duane played guitar, Charlie Daniels works magic with a fiddle, and Ashley McBride is here to tell you about the odyssey of a “Girl Goin’ Nowhere”.

Don’t be mistaken, there’s no “awe shucks” factor about her. She’s not arrogant, that’s not the point, but there’s this median across music- it transcends genre, era, and preference. It’s an artist doing the absolute, indisputable thing that they were meant to do, and Ashley was placed here to be a storyteller, and ladies and gentlemen; she’s just getting warmed up. Not convinced, listen to the response in the room on her live version of “Girl Goin Nowhere” and spin me anything other than “we’ve all been there”. If that song doesn’t stir up something in you then you’re devoid of emotion, because that song hits you right where it’s supposed to.

I am intrigued with the juxtaposition of one night standards. It’s almost a touch, musically, out of her wheelhouse, not in an adventurous endeavor, but in more of a “listen to these lines”.

“I ain’t gonna say I never do this, cause truth is, lonely makes a heart ruthless”.

“…you can leave all that down in the lobby. It’s just a room key, you ain’t gotta lie to me, can’t you just use me, like I’m using you”

Good Lord, has someone reincarnated Vern Gosdin, and I’m not being hyperbolic. She isn’t giving you what’s in vogue, what’s mainstream, what’s popular, or even what’s “ladylike”. She is surgically suturing back together the lyrically nonsensical hemorrhaging that has nearly bled Country music dry. This is real, this is raw as you can get, this is the absolute, down-and-out, why even lie, honest to God- three chords and the truth. I believe in Ashley as an artist, as a singer, a writer, and God-willing the future, just like another powerful woman Erin Enderlin. The exact same way I believed in that 80’s southern rock band believed in soul.

People can lament the sound of the 90’s and earlier – the outlaw era of Willie, Waylon and Cash, or even the artists that pushed the limits like Freddy Fender, Ronnie Milsap, and Loretta Lynn – and celebrate the renegades that we celebrate today like Sturgill, Childers, and Turnpike Troubadours. They all have their place. They’re all excellent and have helped to shape country music, but what I need, what Ashley McBryde is, and what country music is grasping for is another Tom T. Hall, another Townes Van Zandt. She may be from Waldron, Arkansas, but if you listen close enough she’s gonna tell us about how “she got to Memphis”. Long live the writers, long live the story tellers, and long live those that tell it like it is, not how it was.