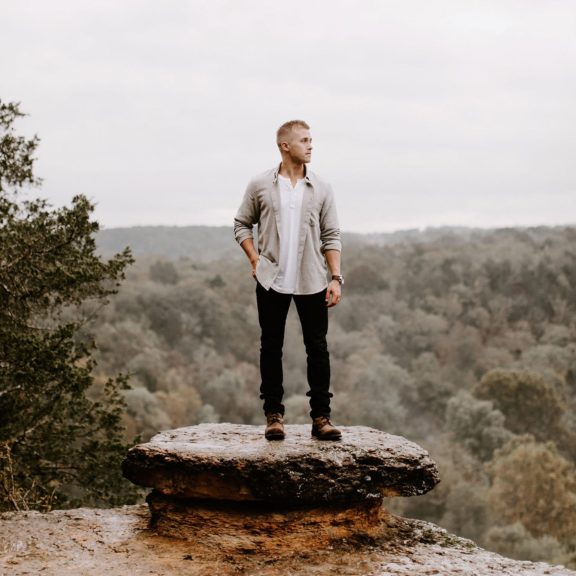 Corey Kent Brings Oklahoma to Nashville with “From the West” 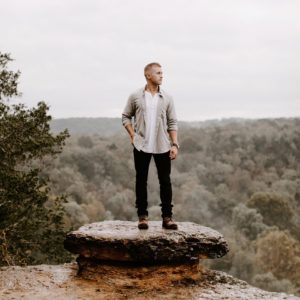 Crediting the Kings of Leon, Eric Church, The Rolling Stones, Dierks Bentley, Eagles, John Mayer, and Turnpike Troubadours as influences, Corey Kent falls somewhere between Nashville and his native Oklahoma with his recent From the West EPs. The two-part project, published by Nashville’s Combustion Music, features six songs that shine a spotlight on living, loving, and the lessons that can be gleaned from heartbreak and the passage of time.

Love takes center stage in Pt. 1 as the EP opens with “Never Thought I’d Be”, a Kent and Lee Thomas Miller-penned reflection on the kind of love that finds you in spite of yourself. Kent changes pace from the EP’s blissful opening track in “Same Thing”, written by Kent and Benjamin Rector. Its simple melody puts a focus on Kent’s vocals and the track’s introspective lyrics, which will hit home for anyone who’s ever been stuck in a rut after a breakup. The upbeat “End of the Trail” rounds out Pt. 1, marking a realization about letting go of love. Brock Berryhill and Frank Rogers co-wrote with Kent on this standout track, which features raring guitar licks and almost tangible imagery:

“parking lot in the middle of nowhere Oklahoma

that Choctaw chief up on a sign, hanging his head low

always wondered what was on his mind/baby now I know.”

Life lessons are woven throughout From the West Pt. 2. The value of taking a moment to slow down inspired Kent and Brad Clawson to write the laid-back opening track: “‘Hold Up’ was such a natural song to write. I bet we didn’t spend more than an hour writing this one. I had just seen a Turnpike Troubadours show in Tulsa and was pretty inspired. Life was moving pretty fast and that concert slowed life down for a couple hours. Just a few beers and singing along to some great music. That’s where this song came from.” Through the lyrics of Kent and Aaron Eshuis, the pleading “Tumbleweed” speaks to a lover whose goodbye can’t quite be shaken, leaving the narrator and his tangled-up heart behind in a cloud of dust. “Long Way”, the EP’s final track, leans on family, good friends, and good songs to tie everything together: “every day above ground is a good day, and a little bit of love goes a long, long way”. Written by Kent, Steve Moakler, and Connie Harrington, the tune serves as an optimistic conclusion to a group of songs that mesh together for a sonically and thematically perfect fit.

Prior to this project, Kent already had some impressive writing credentials under his belt, including a co-write on William Clark Green’s “Hit You Where It Hurts” and a solo write on “Wide Open”, one of the standout tracks on Kolby Cooper’s latest album. Highlighting a knack for pairing relatable and reflective lyrics with expressive delivery, Kent makes it clear with From the West that he’s only going up from here.