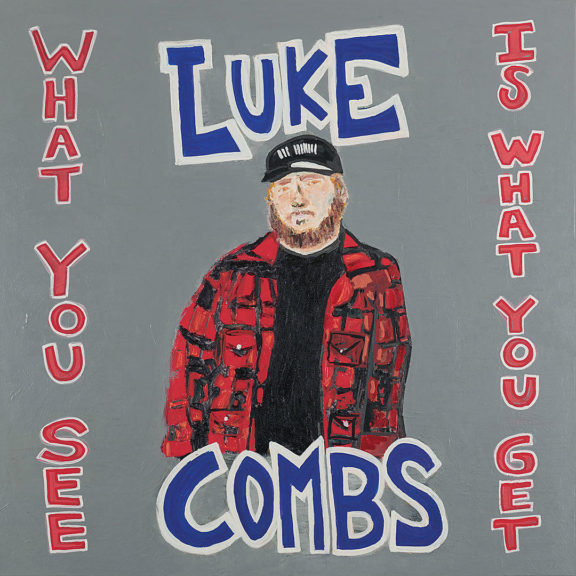 Luke Combs – What You See is What You Get- Album Review

Unless you live under a rock, you’re probably well aware that Asheville, NC’s favorite son and top of the charts regular, Mr. Luke Combs has dropped a new record and it kicks all the ass. My honest to God first thought, starting about two songs in was that nearly three quarters of this record sounds as if they were hand selected by Kix and Ronnie personally. Something that makes the bone-a-fide, millennial, honky-tonker special, aside from his voice, delivery, and sound, is those he chooses to write and record with. We will dig deeper into that in some upcoming articles.

If you keep up with Raised Rowdy (and if not what in the hell are you doing with your life) you know how much we absolutely love Ray Fulcher and their joint efforts have delivered. Ray co-wrote eight of the twelve cuts from the debut album This Ones For You. With the MONSTER success that resulted in an album that couldn’t get away from the charts. Well, if you just went deep in your last at-bat, you don’t change your stance. Only this time Luke couldn’t have delivered more beautifully if he rubber-banded Joe Diffie and Travis Tritt together. This album is pure 90’s throwback bliss. You have the boot stomping ruckus, Brooks and Dunn-esque “Lovin’ on You” and the heartfelt Alan Jackson vibe’d “Dear Today”. If you’re a fan of anything from our previous decade, including Shania Twain type billboard streaks- look no further than What You See is What You Get.

“Dear Today” is almost guaranteed to be a fan favorite.  And eventual radio play or chart success aside, this song has the makings to generate the energy that Eric Church receives when he gets his songs “Country Music Jesus” or “Mixed Drinks About Feelings” echoed back to him nightly at this live show. Fans, real consumers and those that identify closest with the songs and the artist have a way of cutting through what industry folk tell them is good. Fans cling to the tunes that move us. This song is absolutely that.

“Blue Collar Boys”– Here’s the thing; we all love Country music, or so I would assume that’s why you’re reading this, but let’s get real for a second. Most of the time, I feel like I’m being fed some music that SOUNDS similar to my life, or maybe even resembles my childhood, but LOOKS not even close. So much feels forced and disingenuous and if we’re being real honest, mostly bullshit. Well, if you feel like I do, let me introduce you to a song that’s as real as something that reads like a journal entry from some summer day when I was 17. This song is so relatable and so authentic it’s almost impressive he was able to put a melody, and a groove to it. But then again, it’s Luke, so of course he and his co-writers can.

“Every Little Bit Helps” – The first time I heard this tune was some video I saw of Luke sitting in his living room with an acoustic guitar. In a plain old living room, not meant for acoustic listening and sounded like he was center stage at the Ryman. He sped up the tempo and rather than just another make it another break-up song, he talks about the micro steps we all take trying to pickup the pieces when a relationship is all over. “Put that record on, took your pictures off the shelf. Oh, ’cause every little bit helps”. There is power in this almost minimalist approach to a love gone wrong. There is no Carrie Underwood/Miranda-esque spangly singing in the rain. This is the “hey she may taken the couch, but I’ll remember what the bar down the street is for”. This song kicks ass not only in its relatability factor, but in its creativeness to solve a problem that is as old as time.

This album feels as great as the first and in a way gives us another portion of the narrative of the working man, the common man, you and me; what Merle Haggard started singing about with “workin man blues” back in ’69. I believed Merle then and I believe Luke now. Don’t get me wrong, one is damn great, the other is on the Mount Rushmore of country music, but they’re singing to the same people and it’s working. We all know our new favorites off of the new offering. And we know the ones 16th Avenue wants us to like. But my official prediction is “Every Little Bit Helps” makes some sort of wild run on the charts, and maybe even grabs him another award nomination or two.