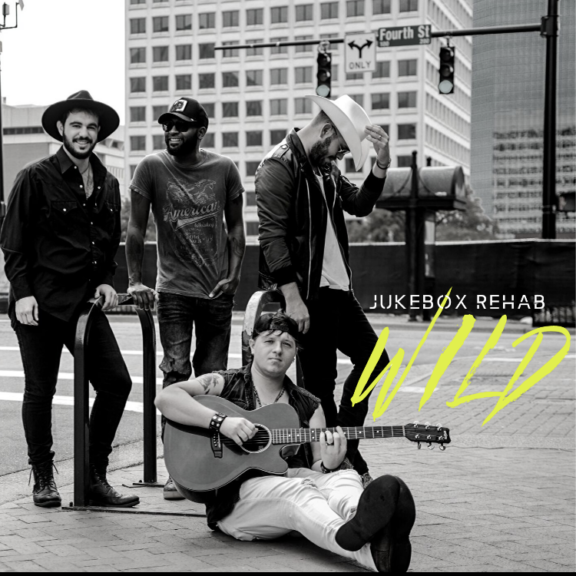 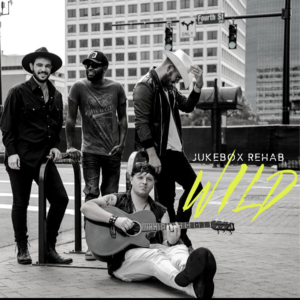 The Jukebox Rehab boys are one of those bands that you are instantly drawn to the first time you see them live. Their mix of a unique modern country sound makes for a really fun live show.  Hailing from the great state of North Carolina, with vocals from three of the four members, each song can be it’s own experience when played live. Sometimes when a band is SO good live it is hard to capture that magic in a recording. BUT the guys really captured some of the magic of their live show in their EP Wild.  With five tracks packed full of heartfelt vocals and distinct instrumentation these guys really showcase who they are as a band. That is to say that when you hear Jukebox Rehab it is hard to compare the experience to another band and we mean that in the best way possible.

Let’s break down the band

Each brings their own flair and finesse to the mix and the sum of the fellow’s music is greater than any one of them likely could attain separately.  It truly is a band of brothers.

The guys told us this about the project as a whole:

“Wild is wild. There’s so many different elements, sonically speaking. There are some 90’s country flavors blended with some of the modern stuff. There are hints of some grunge. There’s some soul. Its kind of all over the place — in a good way. You got four individuals with different musical upbringings, but one thing in common. We love country music. I think that’s evident on this EP. There’s also an underlying “goal” with all of us and that is to be different, unique.”

We think they hit the nail on the head with this EP and what came through at the end of the day is a project that is truly original.

Some highlight tracks from the project 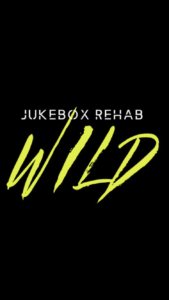 “By the Door”  which isn’t as transparent as one might think.  Jon told us “I never came home to all my shit packed up or anything like that, but its more about the initial thought process of a guy who’s coming to terms with his reality. That things aren’t the same anymore. Things changed. Love that once blossomed has turned cold and as bad as it sucks, its time to walk away from it all.  That’s where I was that day the song was written. I’m not there anymore. Time marches on. Fortunately, that all happened at a time of my life I was digging into old Keith Whitley records and Randy Travis records. So, it was good timing for a sad country song.”

” data-wp-editing=”1″>“Whiskey On Her Mind” (Jon Montgomery, Marcus Kiser) is an anthem for the honky tonk girl. It empathizes with the girl who just wants to go have a good time and not deal with some guy she’s never met in her personal space all night. The guys told us “Being in bars as much as we are, you see it all the time. Sometimes, we might all be guilty of being that guy. But like Martina said, ‘This ones for the girls’.”

“Jeans Like That” Which is the most single-worthy of the tracks on Wild was written by Jon Montgomery, Jason Michael Carroll and Marcus Kiser. Marcus threw out the hook “Its hard to argue with jeans like that,” claiming it to be the dumbest idea he’s ever had, and the boys ran with it. Jon told us “The song is just a fun jam at the end of the day. It definitely speaks to the power of a woman and how sometimes a man’s mind can be changed or convinced simply by the denim she’s got on.”

Overall this project is worth your time digging into. It has pieces of so many different times in the country music landscape with influences from other genres while being true to who Jukebox Rehab is.

We can’t wait to catch another show from these guys to hear more of these tracks as well as what they come up with next.  One thing you can be sure of is the guys won’t be afraid to develop their sound and live show in the way they see fit.  And that is really what music is all about.