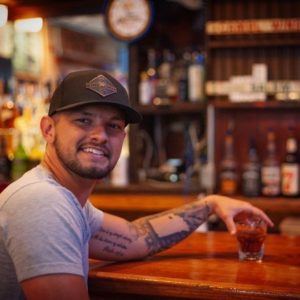 Well folks, looks like we got another song to crank up from Dustin Huff. Wouldn’t you know, it’s a love-gone-wrong drinking song. The single, “Tonight I’m Drinking Whiskey,” was penned by Huff with the help of powerhouse writers, Rob Williford and Wyatt McCubbin. The idea stemmed from a tweet a few years back from Dustin that got Wyatt thinking it could make for a damn good song.

The track wastes no time cutting straight to the point; telling the story about Dustin being stuck in a rut since his girl up and walked out. Wishing he could forget the one who left him this way, he turns to the bottle and decides to make the most of the situation.

If that isn’t relatable, I don’t know what is. Surely we’ve all been there a time or two so releasing this song was a no-brainer.

“I love when my fans can connect to a song that I have written because it’s all true; it’s about my life. Maybe they have gone through something in their life that was similar and my songs can help them in anyway. For this song it’s just a fun drinking tune about a girl leaving but you’re gonna make the best of it and have a damn good time.”

If you know anything about ol’ Huff, you know he’s pretty good at having a damn good time. So much so, producer and friend, Joe Costa of Joe and Martina let him debut his drinking and acting skills in their video for “Pink Flamingo” and you should probably check it out if you haven’t already. 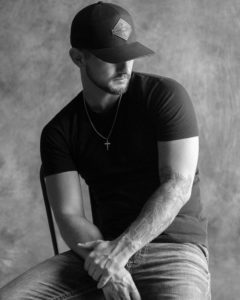