“I’m gonna lean up against you, you just lean right back against me. This way, we don’t have to sleep with our heads in the mud.” – Bubba from the movie Forrest Gump 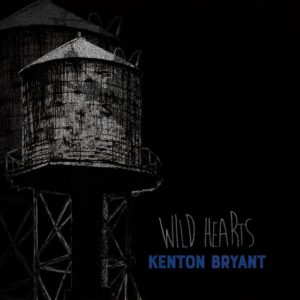 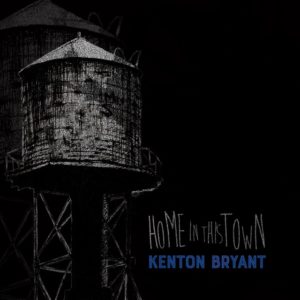 In today’s single-driven musical world, a song often is forced to stand on it’s own feet without other tracks around it for support. An artist may sense they get more out of each track if they release each track separately. It gives the release it’s own moment in the sun, time for consumption and digestion without being compared to other tracks released in the same package.  Sometimes this seems like the sensible way for an independent artist to release music. But sometimes a song or package of songs is more powerful when accompanied by other tracks that help tell the story.  Such is the case with Kenton Bryant and his two pack release of “Wild Hearts” and “Home In This Town”

Kenton told us “Wild Hearts” and “Home In This Town” are songs that were always meant to go together. “As an artist and writer I’m always trying my best to capture small town love stories. They’re classic and timeless. I think these two show different facets of just that. That person that you made all your favorite first memories with in your hometown is probably the same person that you would associate a few heartbreak feelings with as well,” explains Kenton.

“Wild Hearts”, written with Jonathan Singleton and Erik Dylan, details the wistful memories of that summer love, where you love fast and hard, without thoughts of what is to come of it and where it goes from here.  An extremely vivid picture is painted from the first stroke of the writers pen. This one seems effortless in execution with heavy doses of guitar we have come to love in Kenton’s musical releases.

It’s counterpart “Home In This Town” that Kenton wrote with Tim Nichols is the aching heart of that same hometown.  That safe place full of carefree times where you went to seek refuge, can become something painful and unfamiliar given the right set of wrong circumstances. A place that was so meaningful and close to your heart can take you to a place that you emotionally are not happy to return to. The track does a really great job or describing a specific place you can relate to, while still leaving itself room for anyone listening to it to picture their own vision of where and what the track is about.

Both tracks separately are powerful in themselves, but when they lean against each other, they end up being something really special. Special music by a special wordsmith. Stark emotion and parallel running stories in the same vivid world.

Here’s to Kenton and his co-writers and hoping they never stop giving us stories like these.  To make you remember the best times and help heal the pain of the worst times.