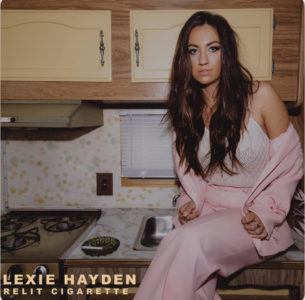 As someone who makes honesty and authenticity her top priority, Hayden is who many country fans have been looking for. Virginia-born, Hayden’s music reflects who she grew up listening to which include Dolly Parton and more recently Kacey Musgraves, who are pioneers in their own rights. Both are unapologetic when it comes to their sound and persona and Lexie Hayden carries herself in similar fashion. She released her first singles in 2013 and 2015, but it wasn’t until 2017 that she was recognized as an upcoming star, when she released her debut EP, The Drive, which gained major traction in the country music scene. She plans on continuing this success with her latest single, “Relit Cigarette.” 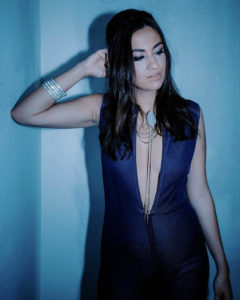 “Relit Cigarette” was released November 1st and it was certainly a long-time coming. She wrote the song back in 2017 with songwriter/producer Derek George and says that after the writing session, she “played the work tape over and over again.” She knew from the very start that this song was something special and once fans listen to it, they’ll agree. As Hayden did with
“Wish You Would’ve Cheated,” another single she released this year, she gave fans an inside glimpse into the story behind the song. Check it out below:

behind the song episode 2 🎥 I love telling you guys the stories behind these songs 🧡 relit cigarette out on friday 🤠 🎥: @emmagolden

Whether you need a song to relate to regarding your love life, or just enjoy listening to genuine country music, “Relit Cigarette” is a perfect option. As 2019 quickly winds down, Hayden will surely be performing this song night after night on stage as she plays shows around Nashville at places like the The Moxy and Diskin Cider. To see more show dates and other news regarding Lexie Hayden, visit LexieHayden.com or on social media @LexieHayden. “Relit Cigarette” is available on streaming sites everywhere!