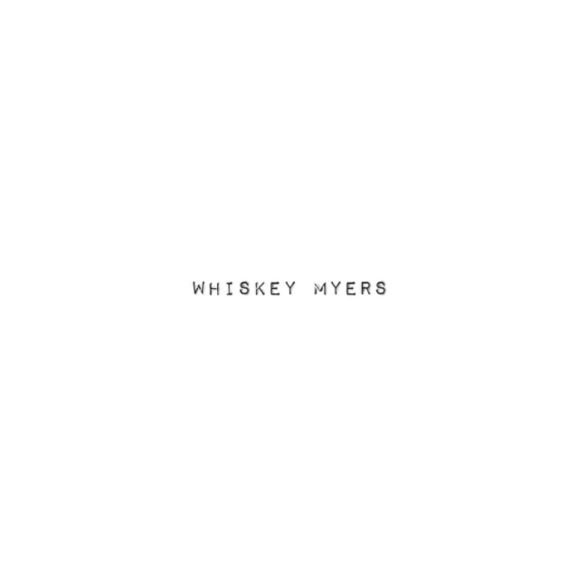 Since entering the Texas music scene in 2008 with debut album Road of Life, one thing is certain for Whiskey Myers – it’s been a hell of a ride for the East Texas act. Their recent fifth release, Whiskey Myers, finds the band poised to continue climbing even higher on an ever-rising peak of albums that seem to get progressively better as they go along. Whiskey Myers seems to capture the essence of the six-member ensemble, as they produced it themselves and lead singer Cody Cannon or guitarist John Jeffers either wrote or had a hand in writing every track on the album. Cannon and Jeffers were also complemented by an absolutely stacked deck of co-writers: Brent Cobb, Aaron Raitiere, Ray Wylie Hubbard, Tennessee Jet, Mark Stephen Jones, Dave Kennedy and Adam Hood.

The self-titled release showcases the band’s singular ability to meld together southern rock, hard rock and harmonica laced country to create an album that’s both face-melting and melodious without sacrificing the intelligence or intrigue factor of the lyric work. Blazing open with their signature tenacity in “Die Rockin” (check out our previous feature here), the definitive rock and roll swagger of the album opens up into slower, more reflective tracks laced with fiddle and steel guitar. Tying it all together is the rasp of Cannon’s voice – able to infuse energy like a match on a gasoline trail, while still easily cooling down to become clear and expressive when a song calls for it.

The racing guitar and snarling vocals on “Bitch” set up an irreverent anthem criticizing the “Same old lyrics, smoke shows/You’re so country, we all know/bonfires and backroads” currently heard on mainstream country radio. Penned by Jeffers, the track taunts “tell me what’s your draw out in Nijmegen Netherlands” (a locale where Whiskey Myers has previously played) and appeals to listeners who share a similar disdain towards pretension. Along those same lines, the foot-stomping “Glitter Ain’t Gold” features lines composed by Jeffers that sum up the band’s aggressively authentic attitude in a nutshell: “tell me I’m a sinner, never claimed to be a saint/I don’t claim to be a goddamn thing that I ain’t”.

Throughout the album, well-crafted lines provide thought provoking criticisms and voice the desperation of everyday people in bad situations. Fast-paced “Gasoline” explodes through a haze of guitar and drums courtesy of Jeffers, Cody Tate, and Jeff Hogg while conveying hard-hitting frustration with the current state of affairs. “Kentucky Gold”, the creation of writers Cannon, Aaron Raitiere, and Dave Kennedy, uses vivid imagery to place listeners in the shoes of an Appalachian coal miner:

“The creek used to run clear across the tracks

Till Peabody came and it all turned black

The diamonds we digging don’t sparkle or shine

Wastin’ away in a rich man’s mine”

The background vocals also add a rich layer to dark sound in “Kentucky Gold” and offset Cannon’s howl in “Hammer”, layered in between standout harmonica pieces in the latter.

Not to be overlooked is Whiskey Myers’ unrivaled ability to make a flawless shift from in-your-face rock to more muted, country-leaning tracks that are every bit the same caliber. Co-writer Brent Cobb’s influence can clearly be heard on “Running”, a classic ode to wide-open highways and escaping “the old home town in a cloud of dust”, where the narrator explains “I figured if I stuck around too long I would turn to rust”. Standout tracks “Houston County Sky” and “Bury My Bones” also dance between images that wouldn’t be out of place in a classic country song from the 1970s. Penned by John Jeffers, “Bad Weather” marks a change of pace to finish the album out. With sadness creeping in to the vocals and steel guitar floating around the edges, the ballad contemplates lifelong regret and enacts a powerful tug on the heartstrings.

Ultimately, Whiskey Myers packs a punch that few other albums can. Ranging from explosive to tender, the fourteen tracks are carried by detailed songwriting and gritty, complex instrumentation that make this release something completely unique to Whiskey Myers. It’s not an album that can be contained by any one genre, but it only takes one listen to know that it’s really, really good – whatever you want to call it.  The same energy heard on this album is magnified in their live show, so check out Whiskey Myers’ tour dates here to see if you can catch a show, or order the album here.