Keith Urban and Eric Church are back again with “We Were” 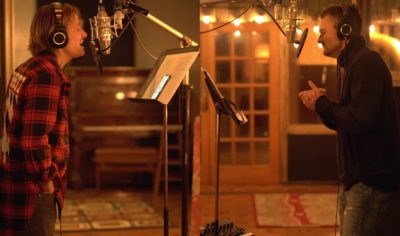 Four-time GRAMMY Award winner and reigning CMA and ACM Entertainer of the Year Keith Urban, today released a brand-new version of his hit single “We Were” now featuring labelmate and friend Eric Church.  Church, a three-time CMA and six-time ACM winner himself, wrote the song alongside Ryan Tyndell and Jeff Hyde.  He adds his own unmistakable vocals to the mid-tempo, nostalgic track, available today exclusively for streaming only at https://strm.to/WeWereFtEricChurchPR.

“I heard that my buddy Eric was a writer on ‘We Were,’ so I thought ‘hey, what a cool opportunity for people to get to hear a writer singing,’” said Urban. “I think this guy could be really big!!!!!”

Urban’s recently announced European tour, his first in more than a decade, kicks off in Amsterdam on May 2nd.

Church, meanwhile, recently topped the charts with his reflective track “Some Of It” and is currently on the road with his unrivaled Double Down Tour, featuring back-to-back nights of marathon shows sans-opening act in nearly 30 markets, as well as select one-night-only engagements including at Nashville’s Nissan Stadium, where he broke the venue’s concert attendance record with 56,521 fans.