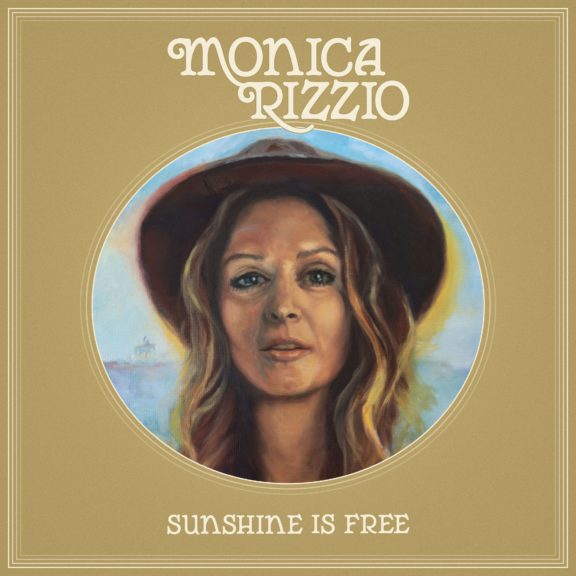 In the Country and Americana genres especially, geography often plays an integral role in capturing listeners’ imaginations through details and imagery specific to a given locality. Monica Rizzio’s recent release, Sunshine is Free, combines the sounds of her East Texas raising, time spent in Nashville, and current residence on the Massachusetts coast over the course of eleven tracks recorded by Dylan Alldredge at East Nashville’s Skinny Elephant Recording. With an emphasis on living and learning, the Michael Rinne-produced album highlights growth and realization while appreciating the beauty in everyday occurrences.

Featuring co-writer Gwen Sebastian on background vocals, “Nothin” kicks off the album wondering “why’s it so hard to do nothin’/why we gotta always be runnin’,” with an easygoing, catchy chorus. The celebration of life’s simple pleasures continues on title track “Sunshine is Free,” set against the tedium of daily life where “time makes you wonder if you’re doing it right.” Spotlighting music, sunshine, blue skies, and the ocean, the springy banjo-accented tune written by Rizzio, Michael Rinne, and Aaron Raitiere effectively reminds listeners to stop and smell the roses.

Rizzio’s windswept and slightly husky vocals are the true heart of her second solo album, floating through images of Western Massachusetts in “The Shire” just as easily as they rise above the traditional Texas lament of strings and pedal steel in waltz “Don’t Keep Me Up Waiting.” Also noteworthy is the vocal interplay of Rizzio and Mindy Smith in the elegant love song “While With You.”

In addition to the more upbeat tracks, the album easily shifts focus to contemplate wisdom gleaned from some of life’s not-so-sunny moments. Acoustic guitar and Spencer Cullum Jr.’s pedal steel perform a wistful dance while Rizzio and co-writer Pete Fasano ponder lost love in “Hard to Love,” and “Sunday” reflects on the slow journey back to happiness after heartbreak with relatable lyrics courtesy of writers Rizzio, Rinne, and Skylar Wilson.

Nonetheless, an undercurrent of optimism runs throughout the album as it progresses. The triumphant “Story of My New Year” is an ode to change and new beginnings written by Rizzio, Rinne and Joe Pisapia, the latter of whom also provided background vocals and guitar. “The Real McCoy” basks in the self-assurance of a woman who knows what she wants, flanked by imagery of the “old-school cowboy” she knows she deserves. These tracks, among others, infuse the album with a singular confidence and authenticity to which listeners will gravitate.

Ultimately, Sunshine is Free explores the ups and downs of life through melodies and lyrics that convey an innate sense of ease. Rizzio is currently on the road with Matt Andersen (find tour schedule here) and can be found on Facebook and Instagram.