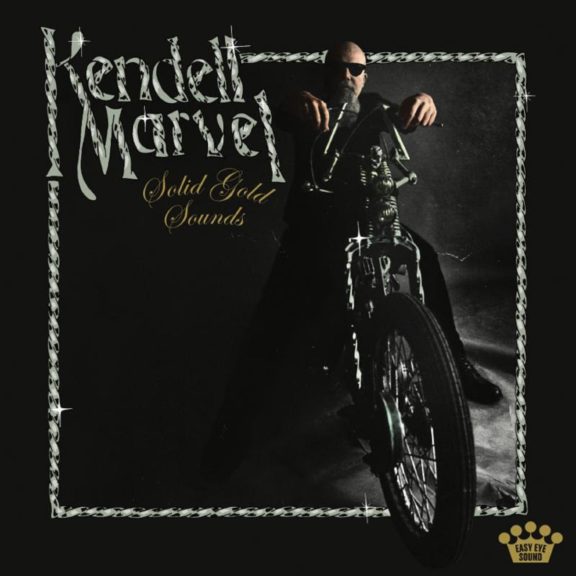 With All the Earmarks of a Classic, Kendell Marvel’s Sophomore Album is Solid Gold

In a country music environment that has a burgeoning outlaw segment, Kendell Marvel is changing things up with sophomore album Solid Gold Sounds, which often features a softer, smoother sound than fans of 2017’s Lowdown & Lonesome might be expecting. Acknowledging the inevitable comparison, Marvel states “It is such a departure from my first album, but shouldn’t all records be different? It still has that grit and angst, but it also shows a much more tender side to my songwriting I think. And just the sounds of the instruments that Dan orchestrates is different than anything that anyone else is doing.” Producer Dan Auerbach was involved on both production and songwriting levels, with co-writes on all but one of the tracks.

The “tender side” to which Marvel refers can be heard in one of the album’s standout tracks, “Must’ve Kept It For Himself”. Written by Marvel and Auerbach, the ballad is an ode to the once-in-a-lifetime kind of love that’s been the subject of some of the best country songs there are. Building on that sentimentality, “Let It Go” and “When It’s Good” (both written by Marvel and Auerbach, then Bobby Wood and Pat McLaughlin respectively) address the complications that love can bring. Nostalgia is also the overwhelming emotion in “Roots of My Raisin’”, wishing for an escape “back to the time before all my time was taken.”

Even so, there’s no doubt that hard-hitting lyrics, imagery and instrumentation are still very much a part of Marvel’s newest release. The steely edge of Marvel’s sound still shines through as his voice drops down to a growl in “If You Know What’s Good” and “Hard Time With The Truth”. In that same vein, “Blood in the Water” (penned by Marvel, Auerbach, and “Big” Al Anderson) is electrified by a guitar riff courtesy of the Brothers Osborne’s John Osborne.

Along with this duality in tone, the album also incorporates a retro 1960s/1970s style sound throughout, epitomized by the cover of the Bee Gees’ 1968 hit “I’ve Gotta Get a Message to You”. Marvel told us a little bit about how that particular track came to be on this project: “Dan said he wanted to do a cover. We had written 16 songs for the project, but I was like ‘what do you have in mind?’ He told me it was a song by Swamp Dogg. The melody was gorgeous and the lyric was haunting so I said ‘yeah man let’s cut that’. After we finished he told me it was originally a Bee Gees song. It’s definitely one of my favorite tracks on the record.” Referencing a woman on a Panhead, the laid-back groove in “Easy Rider” further solidifies the album’s vintage feel, as does the swaggering “Cadillac’n”.

Solid Gold Sounds has a little bit of something for everyone – lying and cheating songs, good-timing songs, and loving songs that feel fresh yet familiar.  Marvel’s striking vocal performance and the medley of instruments create an almost decadent listening experience, as Marvel, Auerbach, and the entire team at Easy Eye Sound have created an album that truly separates itself from anything else released in the genre. Ultimately, the fourteen rock-solid tracks on Solid Gold Sounds make for a well-rounded and timeless album that gets better with every listen.