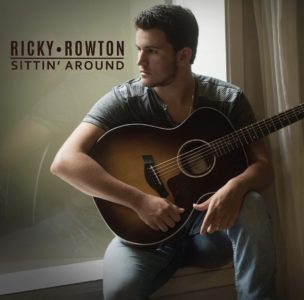 With a voice mature for his age and a knack for creating beautiful lyrics, Louisiana boy Ricky Rowton is a force to be reckoned with. Rowton grew up in a musical family, with both his father and brother playing guitar and from a young age, he knew all he needed was three or four chords to make a country song. Although he is a natural talent, he is only 18 and widely undiscovered! This will not be the case in the near future as he has just released his debut EP titled Sittin’ Around. 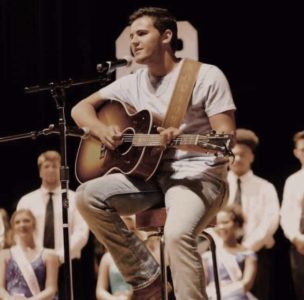 With this being his first time releasing music out to the public and with many young artists, he wanted to make a good first impression and as someone who has had his EP on repeat, I can attest that he did a great job. When trying to describe his passion for this project, he compares his music to having a child. Although he’s a high school student with no knowledge of really raising a child, his analogy makes perfect sense. “I don’t know what it’s like to have a kid, but my music is my baby and when I set it out for people to see, I want them to accept it and enjoy it.” Just by listening to the first song on the Sittin’ Around, fans will instantly be able to tell that a lot of time and effort have been put into this. To give fans a full look at his abilities, he included both upbeat and slower songs.

Songs like “All” have already gained some traction, already reaching nearly 1,200 spins on Spotify. This number will increase as he continues to build his fan base while gigging around Louisiana. To stay up to date on his growth and career, visit his Instagram (@RickyRowton_) and Twitter @RowtonRicky and download Sittin’ Around everywhere today!