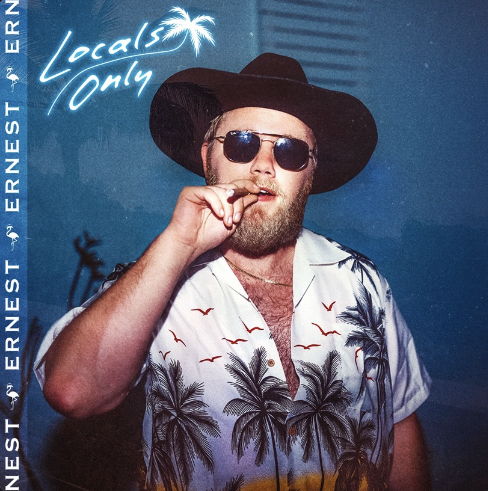 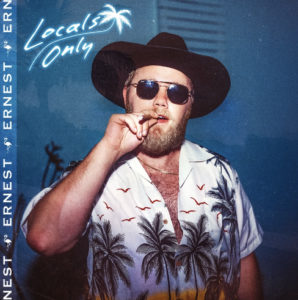 Already revered as a young, but talented lyricist with an unpredictable vocal flow, the Tropical Cowboy is cut from a new kind of country cloth. Growing up in Nashville, he was inspired by everything from Eminem to George Strait to Jimmy Buffett. So far he’s put that mix to use on cuts by the likes of Jake Owen, Chris Lane and Florida Georgia Line – who chose “Dig Your Roots” as the title track of their 2016 album. Now the banjo-playing, confident crooner is ready to make his own mark.

“I’m super blessed to call Big Loud my team. They’re like family to me, and I wouldn’t want to be anywhere else,” shares ERNEST of the signing. “We share the same vision and most importantly, they let me be ME. I’m a very eccentric person and they encourage me to really dig in to everything that makes me unique.” 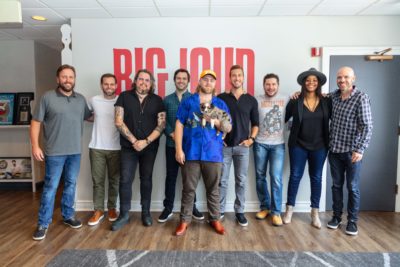 One week after signing with Big Loud, ERNEST dropped two teaser tracks off his upcoming project titled Locals Only. Both songs have a carefree groove with just enough twang to keep it on the edge of country. With his strong affinity for both the USVI and his southern roots, “I Think I Love You” is a well-balanced blend of both. The beachy vibe and tropical references throughout, set the mood for any island happy hour. “Insane,” the second track released last Friday, pushes the boundaries of what some may classify as country music. I found it impossible to unhear the vocal similarities to fellow mullet rocking labelmate, Morgan Wallen, fused with the vocal range of Adam Levine. ERNEST doesn’t adhere to genre containment or a one-dimensional sound keeping fans and listeners on their toes for what’s to come next. 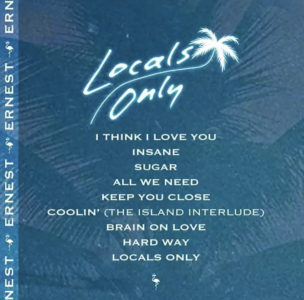 ERNEST will hit the road on two coast-to-coast tours lined up this fall and winter. First, he’ll join viral superstar Mason Ramsey for HOW’S UR GIRL & HOW’S UR FAMILY PT. 2, which kicked off Wednesday (10/2) in Athens, GA, up until the November 2 show in Minneapolis, MN. Then the new talent joins Chris Lane’s BIG, BIG PLANS TOUR November 7 in Morgantown, WV, with dates running through February 22 in Detroit, MI.