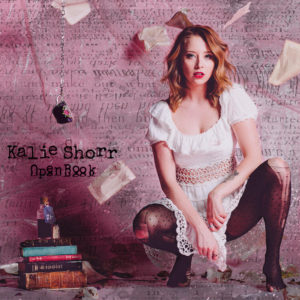 Kalie Shorr began to make a name for herself and pave the way for her musical career in 2016 when she released “Fight Like a Girl.” This single not only highlighted her musicality but put her songwriting abilities on the forefront. And now, she is finally releasing a full studio album to follow up the smash single and her previously released projects titled, “Slingshot” and “Awake.”

Kalie’s first ever album, “Open Book” has thirteen songs, all written by Kalie. Kalie even produced 10 of the 13 with Skip Black. On this album, Kalie’s artistry can be displayed through her storytelling songwriting and amazing vocals. Not only does this album display all of Kalie’s hard work, it puts her at the forefront as one of the newest country musicians to watch.

Check out the track list with writing credits and make sure to give the album a listen if you haven’t already.