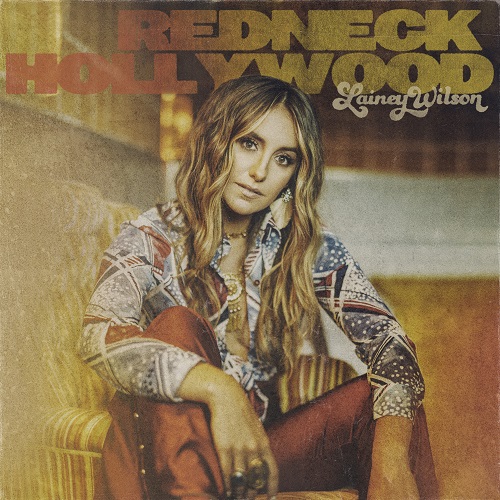 If you have been paying attention to the Nashville songwriting community and budding artists on the rise you probably have heard of Lainey Wilson.  She had been a frequent stand out at plenty of writers rounds and showcases around town that helped land her in the position she is today. That position is on the brink of getting her music out to many more ears backed by a Broken Bow record deal and the steam of 100 freight trains.

Lainey’s style is like a mix between Janis Joplin, Stevie Nicks, and Lee Ann Womack. She has the ability to fill a room with her presence even before she sings a word. Then she starts singing and wow, you are instantly captivated. We were lucky enough to catch a set of Lainey’s on the roof of George Jones Bar in Nashville during CMA fest and it was one of the stand out performances of a star studded week.

Her lyrics are captivating to the point of instantly putting tracks on repeat and when you see her on stage in a full band setting, you can almost get a little starstruck.  Not that Lainey is unapproachable at all, she is amazingly nice, just that she has a quality you can identify as special even from across a crowded bar watching her play.

Lainey recently gave us a taste of what is in store for us with her music moving forward with a Jay Joyce produced batch of songs, deep in emotional connection and that vibey attitude that makes Lainey stand out. She tells us “I feel like I’ve been writing for this project my whole life and I’m so happy I can share songs that I’m so proud of. Sometimes I even forget it’s me when I’m listening. That’s how proud I am.”

Lainey should be proud of this, its her strongest and most diverse project to date. With a list of her friends, who just so happen to be dynamite co-writers, Lainey got this project exactly right.

Let’s break down the tracks.

“Straight up Sideways” is a track that has a rock edge you can hear playing in a barroom and really starting off a set. It is a good timing song that has that Lainey vibe to it.  “There’s more than one way to get straight up sideways,” Lainey boasts and this track gets you grooving along instantly.

“Dirty Looks” uses a clever play on words to help this story song along. Lainey tells us “I grew up in a farming community and was raised to take pride in having a hard working man. In my opinion, there’s nothin’ sexier than meeting your man for a beer after he’s been busting his tail all day long.”.  The dirty looks her and her man are getting at the bar paying attention to each other in their own world sets the scene for this steamy track.

“Things A Man Oughta Know” is the stand out track of this project, for myself. While it may not be the most radio friendly, upbeat track the lyrics and message of the song are SO powerful.  It starts off listing some of the physical things a man should know how to do based on our societal norms that Lainey knows how to do.  It continues on to the emotional side of the expression of letting it be known what she really wants from her counterpart, “How to know when it’s love, how to stay when it’s tough, how to know when you are messing up a good thing, how to know when it’s too late”.  It is a quick twist in this song that explains not only some of the complexity or societal gender roles where men are supposed to be tough, mixed with the idea that a man cannot understand the little emotional nuances that can often end up being the hickory logs used to keep the fire burning long into the night. This track has been on repeat since released and captivates emotionally. It is what country music was created for.  Real life relatable expressions, done in a simple and convincing way.

“LA” Has radio written all over it.  The track tells the tale of how LA is not Los Angeles to Lainey but her home state of Louisiana. That even though in a BIG time position for success and embracing her own style she still has her feet firmly planted in country music.  Musically this tracks has a sound you have heard from the likes of Maren Morris but with Lainey’s strong southern voice and stamp on it.  Lainey just dropped a lyric video for it and it’s pretty darn great.

Overall this project is Lainey’s most well rounded and has the widest range sonically we have heard to date from Lainey.  She is going to be out on the road on radio tour so make sure to keep up with your local radio stations to see if you can get an intimate peak at some of these tracks.  They are a powerful representation of who Lainey is as an artist and she is honestly just getting started.

Keep up with Lainey on Instagram and Facebook for great music and plenty of belly laughs on her Insta story.