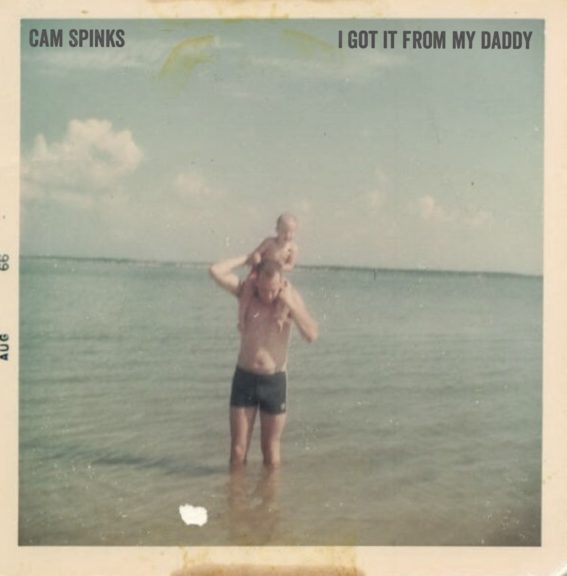 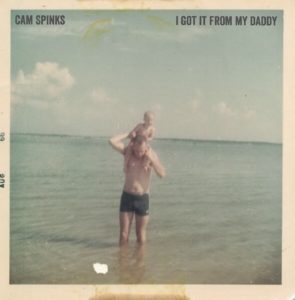 I often find myself thinking about what makes a musician or a song so special.  For me it seems to be a mix of things. It could be the way a song tugs you in one emotional direction or another or the way an artist takes and commands the stage. It can also be the sound and contrast in their voice compared to others you have heard.

Sometimes you hear a song and honestly just get caught in the moment. The song takes over and you get a reprieve from your reality for a few moments. You get lost in your own mind or in the melody that you are hearing. This last one is my favorite type of music. I call it the IT as I cannot explain exactly what it entails.

Cam Spinks has many of these qualities I talk about above, but he, more than most other artists I listen to, has music that really lets my mind get lost in the moment. Cam and his music have that IT so many artist crave or try to manufacture.

Cam is a real life country singer. He writes his own songs, plays his own guitar and expresses his own feelings. For this EP Cam went back into the studio with Sean Power (The Hilson Studio).

Since first hearing Cam’s music and deliberate vocals, we have been waiting for more music to come our way.  This EP does not let us down. He uses words and ideas he has acquired in his twenty-nine years on this earth. Each song rich with his southern tone and delivery.

This EP was written in it’s entirety by Cam himself and he had this to tell us about it: “This batch of songs is pretty special to me. “Got It From My Daddy“ in particular. That song is a bit autobiographical for me. I wanted it to be a glimpse into my childhood; an explanation of why I am the way that I am. The album cover is actually an old photo of my dad and my granddaddy down at Gulf Shores, AL back in 1966. I chose that to serve as a tribute to all the dads out there who did it right, like mine. The photo and the song itself make it the most personal song to me on this project.”

You can almost hear the truck he talks about in “Got It From My Daddy” passing on an old dirt road or envision that worn in baseball glove which he calls his first love later in the track.  “Got It From My Daddy” is one of the standouts on this project. Big images over a somber tone with reminiscent feelings driving it along.

“My goal with this EP was to maintain my core sound and writing/lyric style but incorporate different sonic aspects than I have in the past. I’m country, undeniably. So it made sense to throw some traditional country sounds on these songs – fiddle and steel in particular. I wanted a diverse set of songs as well. From southern rock jams, to clever hooks, to plain ol’ tear jerkin sad country songs, got a little bit of everything on this EP.”

Another stand out track “Song About a Heartbreak” tells the classic country heartbreak in a different way, giving praise to his love leaving.  Understanding that her ability to hurt him so badly lead to finally being able to write a song about a heartbreak. It is a playful way to cover up the pain of that lost love and the tears that accompany it.  It is a country song that has a fun mix of the good feel and the bad makes it pretty special.

“Hold Steady” is the track where Cam’s voice really shines the most. You can hear his range and warm tone through this song. The track talks about being the rock that you can lean on. A country man of worth “holding steady like a solid oak”.  Sometimes you have to make yourself accountable for being the grounding force in a successful relationship and this track really hits that message home. A true country gentleman’s anthem “I might bend but nothing’s breaking me I hold steady”.

What Cam has and continues to build on musically is really special. Each track with a distinct country sound and each track strong as the oak tree he describes in “Hold Steady”

It’s not always about your follower count or how many spins your previous work has, it’s about the songs and the voice that belts out clear into your soul. Heartfelt and warm with a tear or two mixed in.

Real country music sang by a true country man. It doesn’t get much better. Strong as his Alabama roots and southern as the day is long.

So take a few moments and let your mind get lost in Cam’s words and the melodies to his songs.  He might not have millions of streams yet on his tracks, but with these kind of songs it won’t be long before the world starts taking a deeper look into who and what Cam Spinks and his music are made of.