HomeCountry MusicMuscadine Bloodline Does It Again With Latest Single

Muscadine Bloodline Does It Again With Latest Single 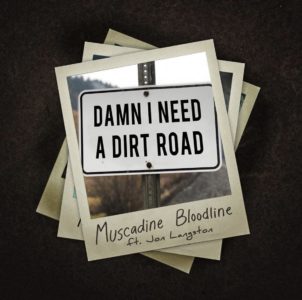 Damn, I didn’t know I needed this song until now…

With the help of their good buddy Jon Langston, duo Muscadine Bloodline released their latest single “Damn I Need a Dirt Road” and let me tell ya, it is a track fans will not want to skip over. 2019 has been a big year for the pair, who has traveled all over the country continuing to grow their already large fan base with hit songs like “Porch Swing Angel” and “Movin’ On,” both of which have collectively reached over 15,000,000 spins on Spotify. It wouldn’t be surprising if this single was their next hit, as it should be. 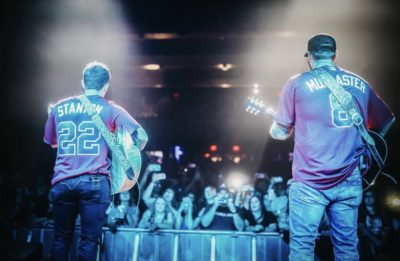 This hard-hitting track was put together by some of our favorites, including Hardy, who wrote the song along with the duo Charlie Muncaster and Gary Stanton. It was also produced by none other than Jaren Johnston of The Cadillac Three. Having artists like this to help out makes it a little easier to release a badass song. The track itself has lyrics that speak of escaping from the city lights and longing of returning home to the small town life. Check out how they announced the new release below:

Y’all wanted it and @jonlangston is down. Lessggoo! #tomorrow . . Click the link in our bio to hear it & see the video before it drops at midnight. . . #damnineedadirtroad #muscadinebloodline #jonlangston #DINADR

This is a very personal and relatable song for Muscadine Bloodline. Both Muncaster and Stanton grew up in Alabama, which is a little different than Nashville, where they now call home. They’re often not at home though, as they are continuously grinding on the road and will continue to do so this fall, as they take the stage in Virginia, Connecticut, and Texas. To see a complete list of tour dates, visit muscadinebloodline.com or follow them on Instagram and Twitter @MuscadineBline.