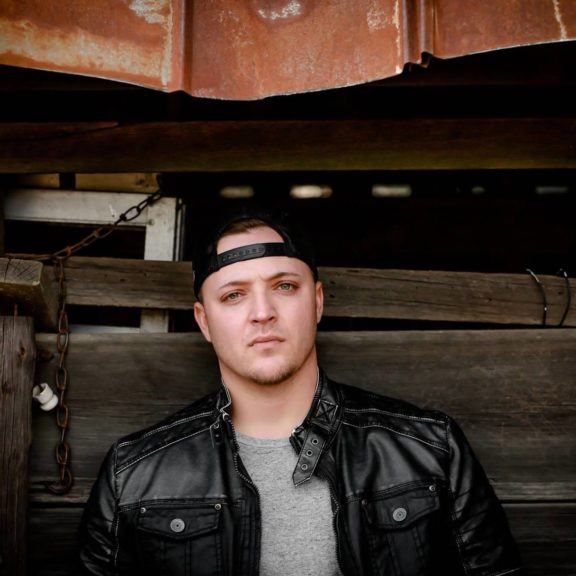 Sabin Sharpe is a name you should know in country music, his vocal styles sound familiar but different enough that you know exactly who you are listening to. In a crowded country music world Sabin and his brand of country really stick out.  Here is a little bit of Q&A so you can get to know him and his music better. 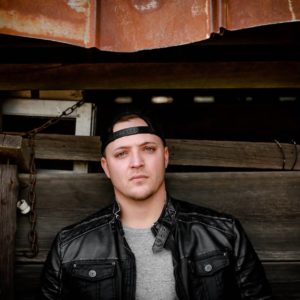 Tell us about your musical roots. When did you get the bug to perform and write?
I come from a small town in rural South Carolina called Swansea—you know, the one stoplight kind of town. We’ve got three churches and three gas stations, that’s about it. It’s the kind of place country songs are written about, so country music is a way of life. Growing up, my grandpa used to tell me stories about listening to the Opry…I’ve kinda just always been surrounded by the music. My parents both sang and played in bands back in the day and my grandparents sang in church, even my great grandmother was a multi-instrumentalist. She played nine different instruments. With my grandparents, it was all about the older country, and then southern rock classic rock with my parents. I think the bug to perform and write has always been in me… I’ve always been drawn to music and liked to sing because all of my heroes were musicians. When my Dad signed me up for the Texaco country show down back in 2011, it was my first time on a major stage, and I fell in love with it. After that, I couldn’t stop.
Country music has a broad scope of influences and influencers. What do you think has influenced your brand of country music the most?
I think what has influenced my brand of country most is just how I was brought up, and the things I’ve been through in my life really defined the way that I write. It kind of goes back to when I was a kid, just a good ole boy, listening to Cash, Merle, Waylon, Conway and Hank. My love of classic country fused with Lynrd Skynrd, Molly Hatchet and AC/DC. I’m a little old-school, a little new school—you’ll either want to cry or party all night long, but my brand is real and my songs are real. I try to tell stories that people need to hear.
What’s one song you wish you would have written or co-written?
“He Stopped Loving Her Today” by George Jones… it’s one of the greatest country songs of all time!
What’s the most important song you’ve ever written?
I’d have to say a song I wrote about my Grandpa and the struggles he went through with Alzheimer’s called “Behind Blue Eyes”. He passed away in 2016 because of the illness, and I’ve never let go of that song.
If you had to pick a favorite on-stage moment, what would it be?
It’s hard for me to pick just one moment from being on stage because I have enjoyed every moment, but stage but I would have to say when I opened up for Josh Turner in my home state of South Carolina to a sold out crowd. I grew up listening to Josh Turner and he is another SC native. He’s one of my idols. Hopefully, I’ll be able to step into that circle at the Opry, and nothing will ever be able to top that moment.
How do you decide if a song you’ve written is worth recording or performing?
To me, there’s a couple different ways, but ultimately it comes down to me and how I feel about the song once it’s done. Sometimes, I may share a piece of it on social media or I’ll play it out at shows and see what kind of reaction it gets, but at the end of the day, if I really believe in the song then I’ll end up recording it.
What can fans expect now that you’ve officially signed on as an artist with 1225 Label Group?
Signing with a label is the first step to turning this into what I’m going to be doing for the rest of my life. For years, my team has been my family, and particularly my “dad-ager”, as I call him. Up until now, we’ve been doing this all on our own, and I’m proud of how far we’ve come. I can’t imagine what we’ll be able to accomplish with 1225 on our side!
When someone leaves a Sabin Sharpe show what do you hope they leave with?
When someone leaves a Sabin Sharpe show, I want them to walk away one of my songs in their head and in their heart. I want them to be touched by my music, and I want them going home saying that the show was bad ass. I want to leave a permanent mark on their brain, and If I don’t leave them wanting more, then I didn’t do my job.
Sabin Sharpe’s brand of country music is easy to like and we cannot wait to see even more tracks from him now that he has signed to 1225.  Give him a follow on Instagram to make sure you keep up with his journey.