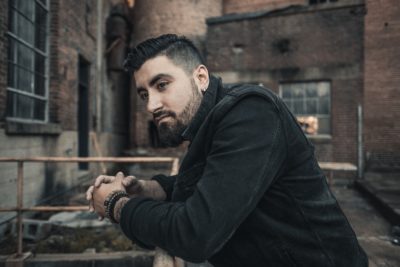 Buffalo native, Eric Van Houten, takes us on a pedal to the floorboard, music slamming joyride with his new single, “Freeway.” Written on a rainy Friday afternoon in June a few years ago, the song tells the story of young love running the open road without a care in the world. Eric remembers mumbling through melodies and roughing out a verse or two before pitching the concept to fellow musician and co-writer, Joey Hyde. The two put a twist on the traditional love song vibe, giving it an upbeat, heavy-hitting sound that makes you want to turn the dial up and roll the windows down.

“To most, the song is about a couple falling in love and riding off into the sunset. As cliche as that may sound, I feel like we’ve all been there at some point in our relationships. But the beauty of this song for us as a band and me in particular is that its become more than just that. Whenever the band and I play this song out at shows, it never fails to bring a moment of peace for us. Allowing us to let the crowd know that anything and everything they were going through on the other side of the door they came in can be left there for even just the 3 minutes the song lasts. You can open your heart, forget the problems and just feel the music.” 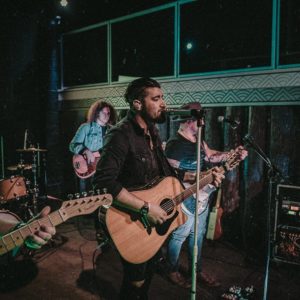 Eric has been busy writing songs and creating content that will be released as the foundation of what his career will be built on. With an arsenal of new music nearly complete, Eric doesn’t plan on slowing down any time soon. In fact, he is getting set to head out on tour with Love and Theft this fall!