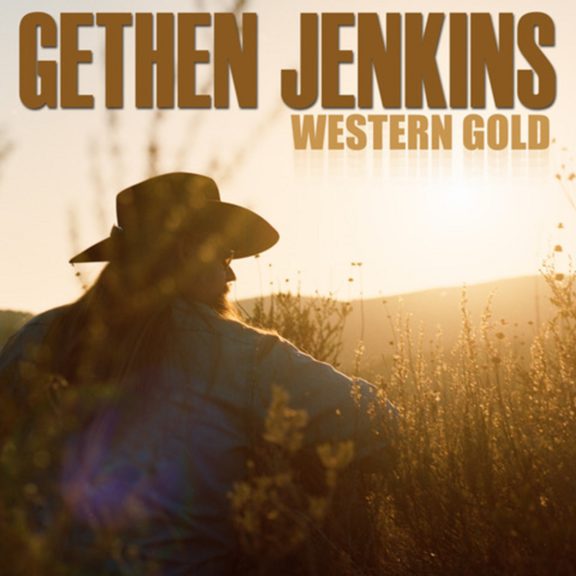 “I’ll See You in California, Under the Western Gold” -Gethen Jenkins 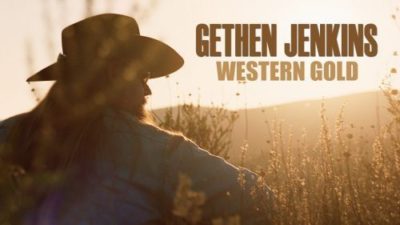 The tour path, dancefloors, honkytonks and venues are white hot as up and comer Gethen Jenkins is absolutely burning it down in the Golden state and Raised Rowdy is here to introduce you the next Chris Stapleton caliber talent. The West (by God) Virginia native, by way of Alaska and now California brings you a familiar feel in his debut album Western Gold with songsmanship and earth shaking vocals that are as diverse as his geographical odyssey.

If you’re a fan of country music and its common phrases, name drops and familiar landscapes, you’re well aware that country music’s consumer heat map shines brightest in the south, but lets not forget the other coast with a tradition as rich as the gold found it its mountains. If we’re going to use the words “country music” and “California” in the same sentence, you start with the Bakersfield sound. And that very specific sound is brought to you by the finest: Merle Haggard and Buck Owens. More present day you have modern acts such as Glen Campbell, Dwight Yoakam, Gary Allan, Cam, Brett Young and the Pardi animal. As diverse, and absolutely star studded as those names and careers have been its time to tune our collective iPod’s to Gethen and turn it up because he has quite a bit to say. In a voice that is eerily similar to Jamey Johnson, with a vocal register that delves deep and cuts sharp fits incredibly with his band and their traditional sound. As of Summer 2019 I think it is safe to say that the pendulum has begun to swing back from pop infused beats and is giving way towards a more traditional leaning sound. When you insert a band that sounds nearly identical to Dwights Yoakam’s, its almost perfect timing.

The freshman record Western Gold is near honkytonk perfection with its colorful tapestry and song writing that doesn’t just tell a story, but absolutely encompasses your mind, sucks you in and forces you to experience it with him. From the title track -“I’ll see you in California under the western gold. You know I hate leaving, but I need the open road. You had no way of knowing that I was born to run, so before we say goodbye darling, turn-down the lights and hold me tonight.

Now I grew up on arguably the greatest to ever step up to a microphone and blow away a crowd with a heart-breaker and that’s Mr. George Jones. When I hear this tune, I get the exact same sweeping feeling of destitute and despair that I got the first time I heard a vinyl of “A Picture of Me Without You”. It takes an extraordinary artist to preform and pull off these types of songs, which is why the great ones are risky to cover, because there’s a difference between singing someone else’s heartbreak and painfully recalling the hurt for the enjoyment of a crowd. This is what makes Mr. Jenkins so special in that when he sings these songs he’s singing them first hand, the melancholy, the misery and emotion are all genuine and his because he had his hand in writing ever single tune on the album. Lower Broadway is littered with dreamers with a voice and a guitar who can carry a tune and 16th Avenue has writers rooms full of people who are hoping they can catch lightning in a bottle and pen a hit. Gethen has an abundance of both and this is a rarity. Those who can pull it off are being celebrated all over again in a sort of resurgence on today’s radio’s and even more so at today’s premier festivals. Unless you’re living under a rock you’ve heard of Tyler Childers, who’s stock has never been higher and its because of these same exact tools that Gethen has at his expense.

Portions of his life are what provided the honkytonker with not just material, but a perspective and uniquely Gethen Jenkins interpretation of things that has lent itself so well to his songs. His ZZ Top/ Hank Jr eques tune “Basket Case” begins with his times and tours spent in the USMC and while we appreciate his service, as we do all current servicemen and women, it gives us a glance into a life the majority of us who’ve never served aren’t familiar with. This song is infused with a Blues feel and an angst and hunger to experience life post military and both his ability to sing and write forces our worlds to intersect and that type of deeper writing is like life giving spring of water in a desert of cliché, worn down, idioms that often don’t make sense. Those of us who grew up with stories about “Pancho and Lefty” and an inmate on death row asking if his friend could “Sing me back home”, hearing this fresh style of writing and preforming Gethen Jenkins scratches an itch rarely tended to anymore.

In our exclusive Raised Rowdy interview, we tackled the oft quoted, frequently misrepresented and under examined term that is thrown around as frequently as any other buzz word and it’s the mysterious title of “Outlaw”. This is another area about Gethen that is so likable. He did not mince words and was very specific about the soul, direction and inspiration for his sound, all while remaining self-deprecating and down to earth. The imagery and pageantry invoked from this word is absolutely endless, but in the interview he was clear that for him its earned and not given and how all he can do is sing and write about his experiences, and “if that makes it Outlaw then that okay with me”. He certainly would know a thing or two about the lifestyle by the company he keeps and the icon’s he has opened for including David Allen Coe and Billy Joe Shaver. Though he may not try and certainly isn’t some assembled and constructed star built to fit an image, he sure has blazed down the trail with ease. To exemplify this pop over to YouTube and enjoy his rendition of “Moonshiner” and his take on the Bob Dylan classic. While you’re there I’d be remiss not to tell you how he absolutely captured the passion and down-home feel James Taylor constructed when he covers “Country Road”.

We’ve waxed on poetically about the diversity of his voice and range and the steadfastness and tightness of his band and now all we can do is just stand back and watch and enjoy. Western Gold is going to be an album that will fill many charts at the end of the year and will site the lyrical prowess and powerful vocals. And rightfully so, because this as solid of a foundation that an artist can begin to build off of and in a class of some neo-traditionalist I would guarantee that he will be among the talk and the toast of 2021. Capturing the listeners hearts and radio play, as any artist will tell you is almost more about luck than anything else. If you don’t believe me let’s not forget that King George Strait was once turned away in the 80’s at his start. But luck tends to favor the prepared and Gethen Jenkins has the powerful voice, the wayward history which gives way to his writing and has managed to build a fan base in California that would be the envy of most. Go listen to his record, and learn the words, because when he comes to your town for a show you’ll want to be there, front row and have the tour shirt because its officially lift off time for the rising star.