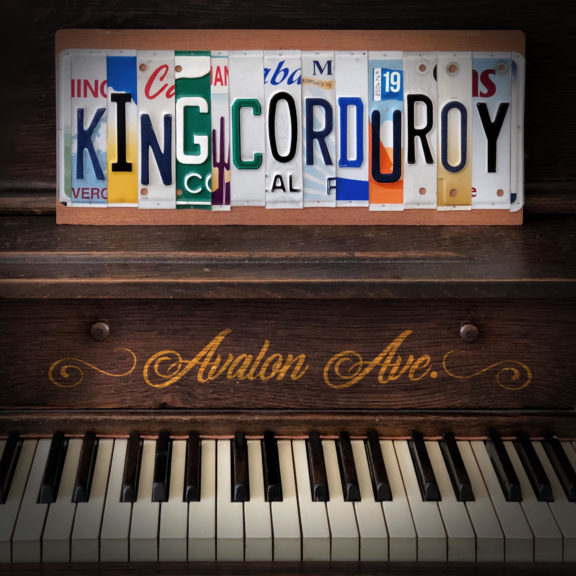 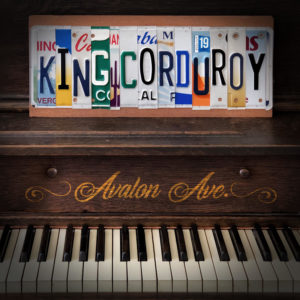 King Corduroy, an Alabama native-turned-nomad, has partnered with an extremely diverse group of musicians for the creation of his fourth release, Avalon Ave. Recorded at FAME Studios in Muscle Shoals, Alabama, the EP features a series of stories derived from the artist’s own experience and set against an array of instruments that produce a completely unique sound.

A “Cosmic Troubadour,” King Corduroy provides snapshots of his own wanderings through the tracks on Avalon Ave. He explains, “I am inspired to write songs about people that I encounter along my journey; as well as, the stories that I hear. I am drawn to people by tuning into the cosmos and following signs from the universe. Sometimes I find myself in some pretty strange situations. When I realize that I’m looking through a window into a world that not everyone can see…that’s what inspires me to write about a specific person. Sometimes I take notes and then sit down later to write the song, but other times the lyrics just pour out of me during quiet reflection.”

Starting things off, “Everyone Has to Love” (written with lead guitar player Kaleb Patterson) and “Workin for a Livin” weave together elements of the universal human experience, brought to life and filled with soul through the bluesy vocals of King Corduroy and his ethereal background singers. Listeners continue to get a feel for King Corduroy’s ability to capture people and places as the residents of “The Shamrock Inn” swing into existence on the EP’s groovy third track.

Following that, the fusion of horns, piano, and harmonica in “The Queen of New Orleans” pull listeners into underworld New Orleans, setting the scene for a tale of intrigue penned by King Corduroy and bass player/producer Jimbo Hart.  Rounding things out, “The Emerald Triangle Blues” follows the peaks and pitfalls of life in relation to a California marijuana field.

The cast of characters who live inside the songs are in part a result of King Corduroy’s higher sense of purpose: “As a troubadour, I feel that it is my job to convey the stories of the time to the people; it’s a tradition that started way before me and needs to continue long after. I just want to make enough noise so that the people get to hear these tales.”

He also notes the influence his sense of past, present, and future had on the creation of the album: “Creating Avalon Ave was an absolute joy, but if I was gonna pick my favorite aspect of the recording process then it would have to be the significance of recording at FAME. I have been in hundreds of recording studios over the years and some real special ones. But the fact that so many of my heroes recorded at FAME; which is in my home state of Alabama, made it a surreal experience. I grew up devouring the records that were recorded in the Shoals. With an understanding of the impact that The Muscle Shoals Sound has had on the evolution of popular music, the opportunity to try and add to that legacy was not something I took for granted.

The majority of FAME hasn’t changed one bit…which is just the way it should be. Studio A is buzzing with the energy of spirits past, and the walls of the break room are lined with framed photographs from different sessions over the years. Photographs of people like Etta James, Wilson Pickett, Jerry Reed, Little Richard, Percy Sledge, Duane Allman, Rick Hall and many others who all crossed that same threshold that reads: ‘Through these doors walk the finest Musicians, Songwriters, Artists and Producers in the World’, just above the door frame.”

As such, the five tracks form a conglomerate whole, giving Avalon Ave a sound that can’t quite be labeled or easily placed in one period of time. The distinctively multi-layered EP incorporates a wide variety of influences and is sure to capture listeners’ interest from the very first track, leaving a lasting impression.

Be sure to follow along with King Corduroy on Instagram in order to keep up with tour dates and not miss out on a chance to see these songs performed live.