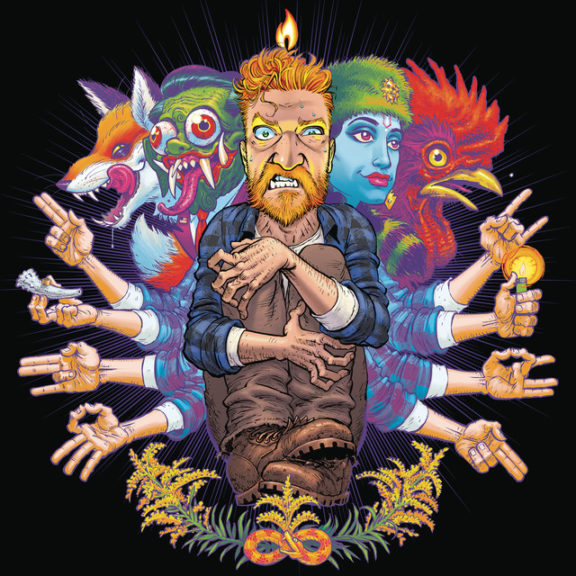 Two years after the release of “Purgatory,” Kentucky’s own Tyler Childers has delivered his highly-anticipated fourth album, “Country Squire,”  produced by fellow Kentucky native Sturgill Simpson and David Ferguson. Featuring nine songs written exclusively by Tyler Childers, “Country Squire” embodies everything that listeners have come to expect from his music: a distinctively Appalachian sound and honest, poetic songwriting that doesn’t sacrifice detail for the sake of simplicity.

Over the course of the album, we get a window into Childers’ current existence through his depiction of life on the road and his relationship with his wife, among other things. With an effortless flow, the tracks oscillate between Childers himself and the realities of the characters he creates as a storyteller. References to “fried morels,” Bluegrass/Country/Rock musician Clarence White, paper mills and railroads also firmly ground the album within its Appalachian setting.

We meet a man dealing with “all the ways that the city can bring a country boy down” in Creeker, with Childers’ vocals cutting through the lament of fiddle, piano, and pedal steel. Peace of Mind details the thoughts of a family doing what they have to do to get by, trudging through life while breaking their backs “tryin’ to earn/a peace of mind.”  Bus Route features the authoritarian Ray Dixon, who keeps his charges in line with “a paddle that he carved from pine” as they’re coming of age. As always, the craftsmanship of the writing is impeccable; Childers paints vivid pictures and develops characters with only a handful of words.

In the title track, Childers describes “Spendin’ my nights in a bar room, Lord/turnin’ them songs into two by fours”  in a chorus accented by Stuart Duncan’s fiddle and Russ Pahl’s pedal steel. His sense of humor comes through in uptempo Gemini, addressing the internal conflict between a strong sense of home and “…wonderin’ when/I’ll finally kick the urge to roam.” Throughout the album, Childers doesn’t shy away from pointing out the irony in working to build a home with a job that constantly keeps him away from it. In that same vein, Senora May (Childers’ wife and a singer-songwriter in her own right) plays a role in several songs on the album: the “goddess in my Days Inn pen/the muse I ain’t refusin’” in All Your’n, an entirely different kind of inspiration in Ever Lovin’ Hand, and the woman back home in both Country Squire and Gemini.

As the nine tracks progress, the instrumentation perfects the feel of each song. The foot-stomping pace of House Fire, the first single released off the album, is picked up by Duncan’s banjo, Pahl’s electric guitar, and drums manned by Miles Miller. Versatile to say the least, other contributors on the album include Mike Rojas and Bobby Wood on the piano and Wurlitzer, as well as bass player David Roe.

While Childers’ Kentucky roots are at the core of the album, his lyrics capture feelings and situations to which any listener could relate (evidenced by his ever-increasing and well deserved popularity). Ultimately, “Country Squire” is one album released in 2019 that you absolutely do not want to overlook. Catch one of his upcoming shows (tour dates here) and follow along on Instagram to stay up-to-date on current happenings.