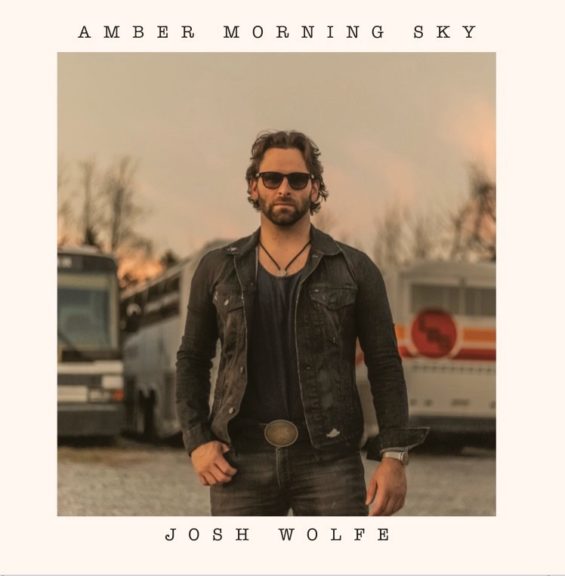 On the heels of his debut EP Josh Wolfe talks to us about writing, performing, and community

Josh Wolfe is a familiar name around town if you haunt the finest and most popular writers rounds and writing rooms. He has been one of those voices and song-smiths that you can’t help but be impressed with when you come in contact with him. It can be tough to hear a person you find so compelling yet have so much trouble hearing more songs live without being there in person.

This is the power of Nashville, but often there are many ears outside of Nashville eager to hear music and songs that have meaning and purpose. Josh and his music embody what the Nashville songwriting community is about.

We got to ask Josh some questions and he took the time to answer them with the same level of detail he puts into his songs.  After reading this interview, get ready to hear his stellar new EP Amber Morning Sky. 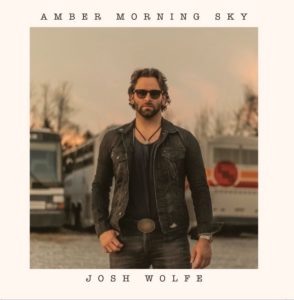 Tell us about life growing up in Virginia. When did you first start learning to play music? Did it run in your family? (When did you get serious about music as a job/life choice)

Life in Virginia was interesting! I never would have guessed that I would end up where I am, kind of a funny thing to unbox. I grew up in northern VA – not exactly country. Our family has always been really blue collar across the board, but no one up in that area listens to country music at all. Dad was classic rock. Mom was all praise and worship music. We’ve always been big music fans but never considered it as a career.

I taught myself to play electric guitar after I saved up and bought one at 13. That was the start of it for me. I just enjoyed playing whatever I was listening to – A lot of modern rock. I wound up playing guitar for my church and that was really when I started playing and singing. I did music in church through out college for a few years until some doors all shut at once and I just walked away from music entirely for about 2 years. Didn’t touch a guitar.

Eventually I decided to pick it up again because I wanted to get stuff off of my chest and just learn to write as a means of expression. That just snowballed – One thing leads to another, I really enjoyed the art of songwriting and just kept at it more and more.

Eventually I got to a point where some of these songs I just couldn’t see anyone else singing but myself, so the idea of getting into music started to develop from there. Fast forward about 5-6 years and here I am 3 years into my Nashville run.

When you think about yourself would you describe yourself more as an entertainer/ performer or a songwriter? What part about each of those roles do you think you embody or is important to who you are?

For me it was a process of one leading to another. Songwriting is where it all started – I just wanted to learn to express myself… I didn’t feel like I did that very well day-to-day and songwriting helped me unbox that.

When I decided to start playing my songs out to the public I would usually have someone around who could capture it on video. I would watch those videos and compare what I was doing to other artists or songwriters that I admired and realized that I wasn’t always doing a good job of getting the emotion across. It was too stale, probably from a lack of comfort. That caused me to be more intentional on stage, the “entertainer & performer” side. Is what I’m doing right now conveying the emotion of the song?

Even if I feel a certain way inside, am I being transparent enough to let other people see that I’m feeling that emotion? I think to some people it comes naturally, but for me that emotional transparency is what I was lacking. But I think it’s essential in order get the song across. I wrote the song. I perform it because I feel like I should sing it since those emotions are close to me. But If I don’t get those emotions across, why am I even trying to be the one to sing it?

When crafting a song what do you think the most important details to building a meaningful and palatable song are?

That’s a pretty open question! I think you really have to evaluate what the songs purpose is, if you have one. What you’d consider for a song you want to share with the world is totally different than if you just sat down and need to get something off of your chest. But there’s even a beauty in that – some times you sit down to write something that you think is just going to be a personal piece, and in the process you could end up writing the most relatable or otherwise important song of your career.

Regardless of where I think the song should end up, the biggest things I keep coming back to are 1) am I saying something here that is really worth saying, 2) has it been said like this before (because lets be honest – life is a cycle, we’re not the first to experience these things), and if it has, what am I saying that really tries to capture that in a new and unique way.

Outside of that – DO I WANT TO LISTEN TO THIS. If I’m working on something that I’d have no desire to listen to, I’m going to mentally check out from the write pretty quickly. You would check out too if I tried to play it for you! Just take that as the sign to change something or move on. From there the thought process kind of splits again – I’m going to be thinking of things differently if I’m writing for myself versus if I’m writing with & for another artist, or if I’m writing a song with a specific purpose in mind.

I really love writing music with other artists for them specifically. It’s a passion of mine, honestly. I think sometimes bringing in someone from the outside can almost help you see more about yourself than you can see on your own. I love bringing that out in other artists… and it’s a good reminder to myself of why co-writing – especially with people who know you well – is so important.

You have played a lot of the most prominent listening rooms and rounds in Nashville. Are there any that hold a special place in your heart and can you tell us why?

I honestly hate to call out just one! They all hold a place in this music journey that is really significant. The Commodore was the very first place I played in Nashville. Debi Champion is one of the best connection-makers I have met to date and she has one of the biggest hearts for new artists that I know in Nashville. Revival first floored & inspired me on what gut wrenching and real-to-life country music can be about, and that it’s still alive and well today. Playing at Whiskey Jam, Listening Room, Blue Bird – those were all personal moments of achievement, where I had looked at those places back in the early days and thought “man, I’d love to play here one day”.

I think the most important thing to any of those rooms is the community that you can build out of it. Sometimes that’s the “brand” of a room or round and using that to pull people together for the sake of enjoying the same thing. Sometimes that’s building a community of artists who just end up hanging at or around this place because they come to support their friends and the music they love, and they show up to dive deeper in that with each other.

If you are playing a new room what do you try to do to take the crowds attention and keep it?

There’s no substitute for good music and the right timing. You literally just have to think of it as if you were in the room. If you can feel that a room is dead and no one cares, don’t play something that they’d really have to think about in order to enjoy. Get ‘em having fun. Play something that feels good. Give them a reason to pay attention to you. Once you have their attention, keep it. Do what you do best & do what you would enjoy the most if you were out there in their shoes.

The first time I saw you play was at the McCabe Pub Charity Crawfish boil benefiting the www.thelamfoundation.org (Which raised 25k for the charity) what do you think makes the songwriting community so in touch with their charitable side, specifically in Nashville.

I honestly think it starts with finding an outlet to put these songs to good use. You spend all this time writing songs for yourself or other artists, but then what. Do you play to a small room or to your friends, have a couple beers, talk about how much you love that new tune? Nothing wrong with that, but what if you can do more. I think it’s having an excess of a really cool product – songs, so many of them unheard – and trying to find productive ways to get them heard.

If we can find a way to share our music with people, and have a blast doing something cool, and give back in a way that’s so much bigger than us, then sign us up!

The word is you just had an EP come out. What can you tell us about this project and what makes that release seem different than just releasing singles?

You’re right about that! I’m so excited to finally be sharing this with the world. We actually started working on this a while back – almost 2 years ago was when we first broke ground on a lot of this music. This was the first time that I really had a team around me to dive in and discover who I was in the midst of all the songs – Figure out what it looks like to pull a band around and hone in on the sound that’s at the core of these songs and myself.

In the end we took a while with it because we wanted to show some of these different sides while still making sure that they fit together as a whole. I think that cohesive thread is what I really love about an album or EP instead of a single.

With a single you only have a chance to show one side of who you are at a time. When you have an album you can get more of a narrative going – show multiple sides of yourself while keeping people in with the common thread that connects them all. This album is really special to me. It represents a starting point and a building block that I have continued to build upon since we first began work on the record.

Check out Josh’s EP, We think it’s darn special. his passion for his craft is pretty evident if you have been lucky enough to catch him live and this EP gives you that same feeling. The Journey is part of the beauty of the music industry and we are happy to hear and see Josh taking this next step in his journey.