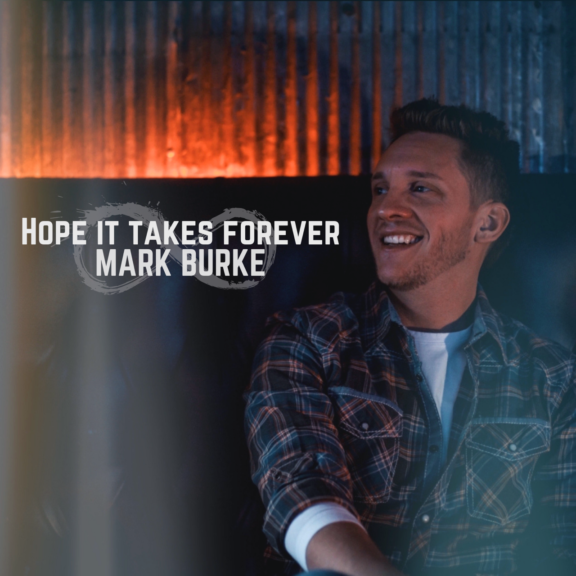 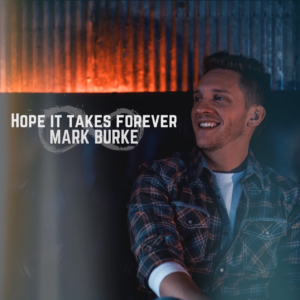 The name Mark Burke might be new to the Raised Rowdy family, but it’s been buzzing around Nashville for the last seven years. If you’ve spent any time downtown, you’ve likely heard him from the third floor of FGL House, Luke’s 32 Bridge, the window seat at Bailey’s or front and center at Whiskey Jam. Regardless of the stage, Mark’s authenticity and humor demand crowd interaction. I know this firsthand as I’ve been on the tipping side of the bar more times than I can count.

The first time I heard his set was by happenstance. I was having drinks with a couple friends at FGL House waiting to go to a VIP event last year and noticed a guy walk in that had to be 6’4″ and carrying a guitar. I know, that could literally be anyone in Nashville but I knew I recognized him from social media. Turns out it was Josh Melton, Mark’s roommate and right hand man. Curiosity got the best of me and I decided to go upstairs and check it out. Three hours, five beers, and more than a few shots later, we were still sitting at a high top, completely content with our decision to skip the event we came to town for! 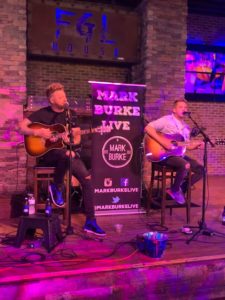 I’ve been back a handful of times since and I’ve put hundreds of dollars in that Bud Light bucket for a couple hours of Chris Young and Eric Church covers but mostly for the opportunity to request all of his originals. As much as I love cliché covers, I’m a sucker for hearing an artist tell their story and sing their own songs. So last month when I was in town I found myself back on that same barstool, exchanging shots and $20 bills for a couple hours of originals. I requested them all, as I normally do, and even got to hear a few new ones.

One in particular stood out. One that I soon found out was going to be his next single.  The song, “Hope It Takes Forever,” falls right into Mark’s thematic wheel house. Similar to the three singles he released in 2018, it’s all about love and finding that someone you want to spend your time with. Lyrically this is right up Mark’s alley however this is the first song he has released that he didn’t write. The song was penned by three powerhouse writers; Taylor Phillips, Matt Roy and Jordan Walker, best known for co-writing songs with artists like Adam Doleac, Kane Brown and Luke Combs.  So what was it about this song that made him want to release it?

“I recorded this song because I feel like when you’re growing up, you’re always in a hurry, trying to hit a finish line and move on to the next thing. But this song shows what it’s like to be in love with someone, slow it down, and hope it takes forever with that person. And I feel like a lot of people can relate to that.”

Mark continues to write and release relatable songs, collaborating with some of the biggest names in Nashville. He is currently touring all over the Southeast and Midwest when he’s not playing at one of the local hotspots on Broadway. You can find “Hope It Takes Forever” and all of his music on Spotify, Apple Music and iTunes and be sure to follow him on Instagram at @markburke for upcoming shows and new music releases.