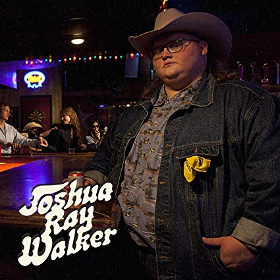 Joshua Ray Walker’s Wish You Were Here is everything that makes Country music great.

Earlier this year, Dallas-based singer/songwriter Joshua Ray Walker put out his debut album Wish You Were Here with State Fair Records and fellow Dallas musician John Pedigo. Featuring a sound imbued with nostalgia and reminiscent of the bygone era of classic country music, the collection of songs is driven by Walker’s sincere, matter-of-fact delivery, tales of hard living and hard work.

The tracks on Wish You Were Here are singularly diverse. In just ten songs, Walker will break your heart, make you dance, and make you laugh through sharing his own experiences and those of the characters he creates. On top of that, his vocals and remarkable ability to match the melodies to the lyrics in each song set the tracks up with a streamlined, polished sound that doesn’t lack in grit or take away from the hardscrabble nature of the stories he tells as the album progresses.

Walker’s characters come from the rougher sides of life. We meet an underage prostitute in the faster-paced “Working Girl”, who’s “doin’ what she’s gotta do to get by” while her troubled family decides that “dinner on the table’s worth being blind.” Similarly, the lonesome howl of Walker’s vocals in “Lot Lizard” highlights the predicament of truck-stop prostitutes who are “on the road to nowhere.” “Trouble,” a relatable nod to the kind of mistakes that you choose to make over and over again, features slow and smooth instrumentation that mirrors the track’s resigned tone.

Addressing sickness and death in “Fondly” and “Canyon,” Walker pairs a gentle acoustic guitar with lyrics that address the emotion, vulnerability, and insecurity that often accompany such a loss. The introspective and heartbreakingly honest “Canyon” stems from Walker’s father’s cancer diagnosis: “I will miss you when you’re not around/though I wasn’t around for you/when your broken body’s in the ground/I’ll hope there’s room for two.” “Keep” is the album’s classic heartbreak song with a spin that incorporates the viewpoints of both people involved.

The rocking electric guitar riff that opens “Burn It” contrasts with the rest of album, showcasing Walker’s vocal prowess as he flawlessly adapts to the change of pace.  His ability to master a variety of songs only becomes more evident with “Love Songs.” No doubt about it – Walker’s got the chops. “Last Call,” one of the standout tracks on the album, is a sardonic take on the it’s-what-you-can-get kind of hook-up that’s probably regrettable but better than being alone.

Overall, the clarity, articulate nature, and consistent quality over a variety of tracks belie the fact that “Wish You Were Here” is Walker’s debut album. Having opened for American Aquarium and Colter Wall, among others, and with upcoming tour dates with acts like Jason Eady, Walker is definitely someone you want to keep an eye on in the future. Stay updated on his tour dates here, or follow him on Instagram to stay updated on current happenings.