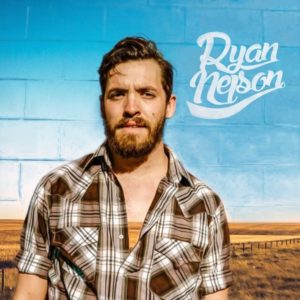 Just when you think he doesn’t have any more tricks up his sleeve, Ryan Nelson unleashes another summertime jam on unsuspecting fans. “All We Ever Knew” is the fifth song Ryan has released in the last few months, but he didn’t stop there. With the release of each song, followers were introduced to an intimate series of videos Ryan dubbed, One Take Sessions. The videos are just as they sound; raw, unfiltered and shot in one take. The honesty of the lyrics paired with vivid imagery open listeners up to the vulnerability Ryan brings to his craft. Whether bleeding heartbreak in a love song or singing about showing up drunk to a good party one thing’s for sure, you are getting an authentic side of Ryan.

His latest single, “All We Ever Knew,” is a song that we can all relate to. There comes a time in our lives that we reflect on where we are and how far we’ve come. We look back at the comforts of home and remember what life was like growing up. When you’re an artist, you take it one step further and write a song about it. Ryan opened up about what the song meant to him and told us, “I couldn’t be more excited to share this song with y’all. This one means a whole lot to me. The idea of being where I am now and remembering back to a simpler time and a simpler place. The city life can bog a country boy down and this song always takes me right back home.” Ryan credits Daniel Johnson and Chad Bishop, two of his oldest friends in Nashville, for helping him shape the song and bring it to life.

While home was the inspiration for the song itself, the decision to cut the track was influenced by something, or should I say someone, else. Someone who ran the same streets and grabbed a couple bags at the same country store referenced in the song. That someone was his father. Both Ryan and his father were born and raised in the same small town just outside of Jacksonville, FL.  They watched the same sunsets and checked traps on the same riverbanks, it’s all they ever knew. Knowing how special the song was to him made the decision of releasing it an obvious one.

We aren’t sure how many more songs will be released before the album is complete but what we do know is that what we have heard so far has us wanting more. In the meantime, be sure to download and share all the latest tracks with your music loving friends. For the latest on tour dates and future releases, follow @itsryannelson_ on Instagram.