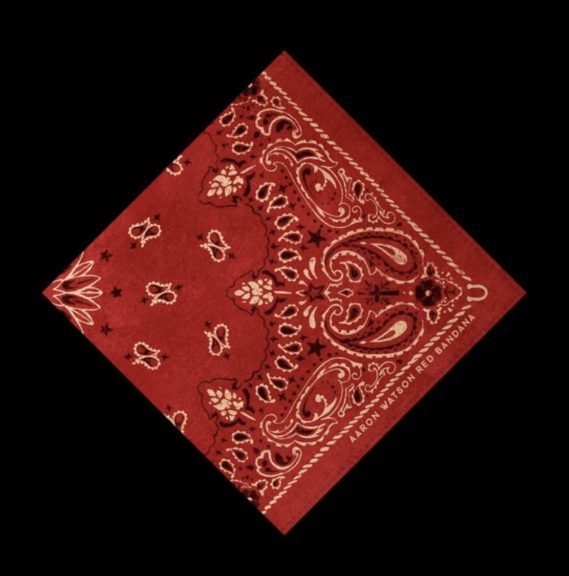 The Honky-Tonk Kid tells, arguably, his greatest story ever with “Red Bandana” 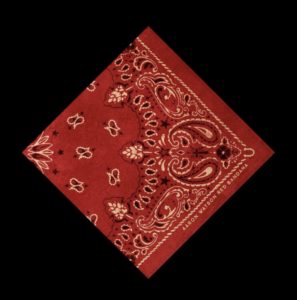 The Honky-Tonk Kid has dropped what many surmised as the most anticipated album of 2019. Amid EP’s, full length studio albums, live recordings and stripped down studio sessions Aaron Watson brings you his most pronounced, prolific, intimate, unabashed album to date; Red Bandanna. This record is the songsmith’s most prized and crowning achievement in what the writer described as “his best effort” and from the pre-released recordings, he has kept us checking our calendars, and waiting for June 21st.

Before delving into content, writing, appeal and undoubtedly the stories that will be told, let’s look at Watson’s band, The Orphans of the Brazos. It goes without saying, but these boys can flat-out play and that is a result of synergy and thousands upon thousands of shows and festivals in over six countries. This album is an even greater and evolved sound that picks up where Vaquero left off musically. Anyone who is familiar with Mr. Watson’s body of work knows that he prides himself on traditional musicianship. This live show and band of pickers, in true Aaron Watson fashion starts, sustains, and ends with his fiddle player. This is a main staple in his deep cuts, chart toppers and from album number one to sixteen, where we are today. Damien Green doesn’t just play the instrument, as much as it is an extension of himself, his soul, Aaron’s vision and who we have to thank for all of our catchy hooks that perk our ears up upon first listen. The grit, determination, the driving force of the band lies in the pedal steel guitar. The sweet melodic sound is a hallmark of all of our favorite artists of yesterday and is becoming a rarity on today’s billboard hits. What is noticeably absent from the sound of the band and this record is drum loops, a MacBook or any digital filler material. From rhythm guitar, to the piercing, in your face fiddle licks, or the tried and true percussion section, this band is a throwback’s delight. For over an hour this band shows why they’re the baddest in the land. Their time together and that unmistakable Texas sound provide an eargasm, in 20 servings.

There is a flow to this record, and the listening experience is intentional and deliberate. In an interview during CMA fest in Nashville, Aaron was quoted in an interview describing this album using adjectives such as “cinematic” and “western”. The singer who has sought to “put the cowboy back in country music” delivers by providing a listening experience that isn’t devoid of hits and commercial appeal, but includes an ongoing narrative and the album aims to tell a story. All songs can stand alone, but this album was intricately written with aesthetic and as if this is a living and breathing work of literature. In the prior mentioned interview Watson remembers back to Paul McCartney’s song “Blackbird” and The Beatles’ ability to string a hit out of such a heavy song and bend its narrative to an appealing musical track all while transitioning into other, more obscure Beatles tunes such as “Ob-La-Di, Ob-La-Da”. Their inordinate transitions seemed to toy with the listeners attention essentially swinging them low, all while being socially aware and take them to the mountain top with fun beats you cut your teeth on in your car on a first date. As fans we can only admire, and take in the brilliance of Watson’s writing, and as the author/co-author of every single track on this offering it seems as though Aaron sought to try his own hand at a Sgt. Pepper transition to the White Album shift in direction with Red Bandanna from Vaquero.

In a style that is as Red Dirt as Cory Morrow, as down home as your favorite hymn and as authentic and poetic as a Keith Whitley tune, all while remaining entirely true to himself. In an interview prior to this album coming out he mentions that he set out to give us quantity and quality and uniquely put “I wanted there to be 20 songs for the 20 years that I’ve been making music… every word came straight from my heart”. I think there is something so be said where an artist is so authentic and so intentional to provide such an intimate experience for the listener that he needed to have his hand in writing every single track, rather than shaping and crafting songs in a way to catch the eye of execs on 16th ave. Though Aaron is no stranger to radio play and music charts, its almost as if some big label called, he may just let it go to voicemail. What makes Aaron such a spectacle is his live shows is his engagement. The way he brings a song to life and his passion in unfurled in lyrics belted over soul encompassing music sound. With the release of Red Bandanna he has set the stage, has us on the edge of out seats and ready to experience the very best and grittiest, the cowboy has to offer. Not too different from watching Michael Jordan in the 90’s, there’s some magic when a great is locked in and in their prime.