HomeArtistsCarlton Anderson- Country Music Made Me Do It

Carlton Anderson- Country Music Made Me Do It 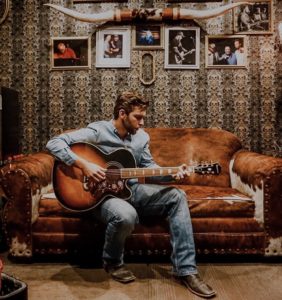 In my bias opinion as a Tennesseean, Carlton was afforded the opportunity to play on country music’s biggest stage, under the brightest lights on our genres most beloved broadcast: WSM’s Grand Ole Opry. If you haven’t heard his breakout EP: “Carlton Anderson” then stop what you’re doing and to quote the singer “Drop Everything” and take 10 minutes to find tomorrow’s next favorite Nashville recording artist.

Whether you’re throwin’ down on some beer soaked dance floor getting Rowdy, waking up living your best life with the girl of your dreams, or in a Cannonball-esqe type pursuit of desperately running her down. This is your new sound track to summer 2019. “Keep Abilene Beautiful” has seen success down in the lone star state atop the music charts. Where Carlton hails from; in Cypress, Texas. This is evident in his musical style, siting influences such as King George, And our beloved redheaded stranger Willie.

“Country music made me do it” pays its homage to the realest to ever do it; Merle Haggard, and George Jones. This banger is sure to make everyone’s summer playlist, and will you’ll still hear that melodic fiddle in your head long after the song ends. In an exclusive interview Carlton told Raised Rowdy that this song “for sure gets their beers in the air“. In my estimation: when, and if country radio picks this song up – there’s no chance this doesn’t make a run on the charts.

The very first single released off of the 2018 EP was a tune called “Drop Everything” co-written by Rhett Akins, Ashley Gorley, and Matt Dragstrem. This sultry tune will get your heart beating a little faster with its catchy and infectious guitar riffs playing alongside the throwback vocals that will throw you way back, and remind you of artists before him such as Jeff Bates, Joe Nichols, and Wade Bowen.

Whether listening to his somewhat small, albeit intentional, and emotion invoking; or speaking to him there’s an overwhelming “soul” to his music, and it’s clear he’s a real one. Though Anderson is from 5 hours south of Abilene, and the idea for the title was borrowed from co-writer and friend Tom Douglas, the experience is wholly his, and is as relatable as listening to an old friend from back home remind you of a story. The song writer was on his way back from Los Angeles, and as he puts it “a town I had absolutely no business being in” and cited tunes like George Straits “Marina Del Ray” and the late Keith Whitley’s “Miami my Amy” as his inspiration for this tune. His aim was though many have not been Abilene as he hadn’t been to Miami or Marina Del Ray, in Southern California; you feel as though you have through the story the song tells. This song writer continues to hone in on his craft, and if the sample of what we have is any indication of what’s to come we’re poised to all be scrolling his tour dates for when we can see the Texan live.