HomeCountry MusicAdam Sanders digs into who his is in new release

Adam Sanders digs into who his is in new release 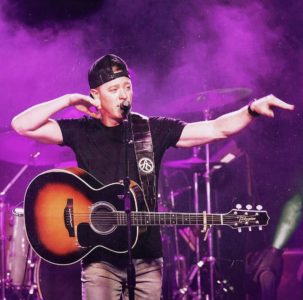 When music fans, particularly country music fans, listen to their favorite artist(s), they want to relate to the lyrics and most songs do a good job of that. For rising star Adam Sanders, he wants his whole career to embody mentality. His life is bonded together by five things: Family, Faith, Fitness, the Outdoors, and Music. “I was having a phone conversation with Ben in regards to my career and what I wanted to say in my music. I said something along the lines that I wanted to be viewed as a guy that lives what he sings and that my music should be a direct reflection of my life,” Sanders explains.

The pair quickly figured out that those five pillars could be the topic of a future write and with the help of both Stennis, Brice Long, and Josh Mirenda, Sanders was able to release “I Don’t Just Sing About It,” giving a unique perspective inside his life. This isn’t Sanders’ only project that has been completed recently. He also just released a fan favorite “Life I’m Livin'” and helped co-write “Damn Strait,” Granger Smith’s newest release.

It would be a monstrosity to think that every lyric sang in this song was not the truth. It’s a very personal song for Adam Sanders that many of his fans will be able to relate to. “I Don’t Just Sing About It” is going to be on the setlist for months to come, as he grinds out the summer tour season in places like Orlando, Florida on June 22nd.