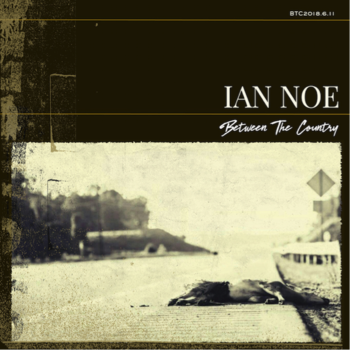 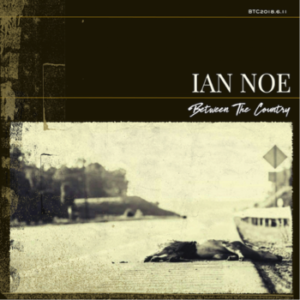 There’s no way around it – Ian Noe’s first full-length album, Between the Country, will hit you right in the gut. Still, the sheer emotional impact of this album is only part of what makes it so good. It’s also nothing short of amazing in the way that Noe takes some absolutely dismal subject matter – death, addiction, lost love, and poverty, to name a few themes – and pulls you, the listener, into a series of compelling narratives as the tracks continue to play.

Elegiac and haunting, Noe’s voice lends the perfect amount of credence to the small-town stories he relates. You’re introduced to wildly different individuals – a prostitute, a bank robber, and several addicts, along with the gas station cashier, mechanic, and religious parents – all of whom vividly come to life. Through these characters and their respective stories, Noe offers a poignant reflection on the darker side of the human experience.

We first meet “Irene” as she crawls up to her parents’ porch, a prodigal child openly acknowledging her depression and alcoholism with a wry sense of humor. “Junk Town” paints a picture of a man who knows he can’t get away from the oppressive environment in which he lives – “I wish I was leaving to find another fate…all the while knowing where I’ll die.” This same grim resignation, albeit with a touch more optimism, is reflected in one of the album’s standout tracks, “If Today Doesn’t Do Me In.” Noe also doesn’t shy away from more graphic descriptions of the issues facing rural communities, with addiction in particular put under the spotlight in “Meth Head.”

Noe skillfully imparts a sense of nostalgia throughout the album as a whole, with tracks like “That Kind of Life” depicting farms “waiting to rot” and a lack of demand for a mechanic’s services – remnants of the “kind of life that nobody lives no more.” His somewhat ironic take on these hard times stands out in a single line in the title track, “Between the Country.” After detailing a house fire along with other misfortune, the narrator remarks, “a long life is the best one, I’m told.”

The music itself is perfectly paired for the story in each track. The intriguing, almost bluesy sound present in “Dead on the River (Rolling Down)” hints at the dark twist featured in the song’s plot. A more energetic guitar accompanies the outlaw’s tale in “Letters to Madeline,” moving the story along as he details his last moments for his lover. Similarly, the slow lament of “Loving You” gives you no choice but to empathize with the narrator’s heartbreak.

As a result, each song on Between the Country deserves a careful listen. Mournful, poetic, and unflinchingly realistic, it’s an album that invites you to sit down, pour yourself some bourbon, and let Noe take you to another place and time – one that might not be as far away as you initially thought.